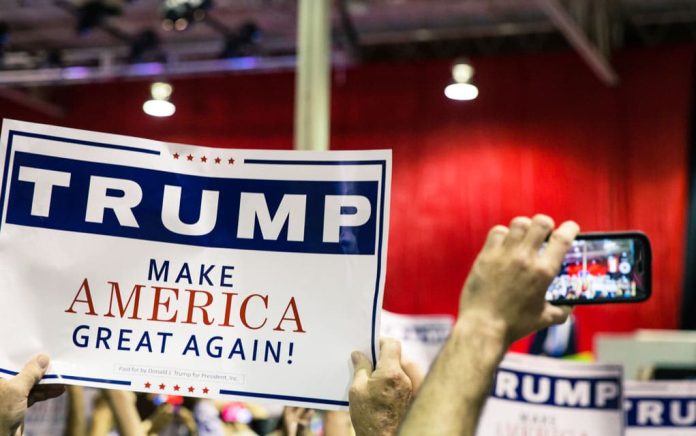 The battle for Trump’s border wall rages on; Congress refused to allocate funds for its construction and Trump took matters into his own hands. Now, both sides are criticizing his move to declare a national emergency and force his hand.
Does the president have enough support to actually make this happen… or will the government continue to impede his campaign promise?

Congress refused to fulfill Trump’s $5.7 billion funding request to complete the wall; they only offered $1.375 billion. Furthermore, they’ve assigned it for use in “general border maintenance,” not the wall specifically. It’s difficult to determine what that might mean for the project’s success. Still, the President promises us it’ll get built regardless.

Democratic Rep. Joaquin Castro of Texas called the national emergency “unprecedented,” but this is really only partially true.

Presidents using their executive power isn’t unprecedented; in fact, nearly every president in history has called for one national emergency or another. For example, Obama invoked his presidential authority to expand the Deferred Action for Childhood Arrivals program in 2014. DACA gave more protections to illegal minors.

Members of both political parties are opposed to Trump’s measure as it is mentioned. Some of the Republicans opposing him the most include Thom Tillis of North Carolina, Lisa Murkowski of Alaska, and Susan Collins of Maine.

What does this mean for the wall? Ultimately, Congress, in spite of the opposition, doesn’t seem to have a full two-thirds majority. That could mean they can’t veto Trump’s declaration, scoring a win for the President’s motion.

Poll: Will the House Really Block Trump’s Wall This Time?

Do you believe there’s enough support in the government to overturn Trump’ national emergency? Government shutdowns this winter didn’t work, yet it seems unclear which way Congress will lean this time. Tell us your thoughts.