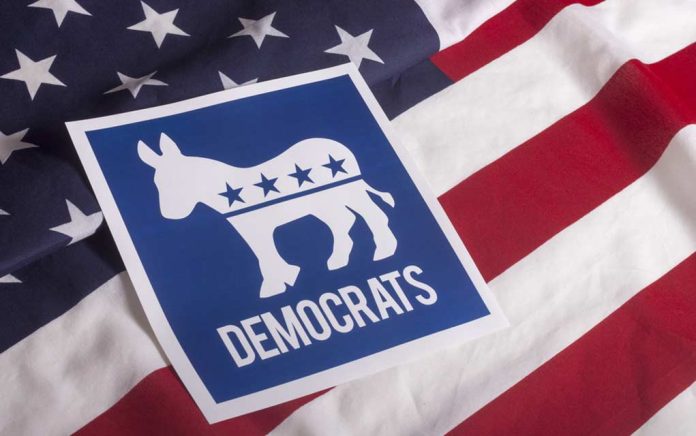 (RightWing.org) – It’s been a long road narrowing down the Democratic presidential field to one candidate. During that time, we’ve seen the Dems squabble amongst each other and witnessed a fracture growing slowly over time. Now that Sen. Bernie Sanders (I-VT) has dropped out of the race, those divisions are only more apparent and pronounced.

Will this party fracture all but promise a Trump victory in November?

Sanders finally realized that he doesn’t have a chance to win the nomination, so he dropped out and endorsed his rival, Joe Biden. The two broadcasted a meeting where Biden promised to make concessions to Bernie and his supporters. However, not all Bernie fans are taking Biden’s promises at face value.

To make it even worse for the Democrats, even some of the staunchest Sanders supporters aren’t giving their support to Biden even though Sanders recently stated his primary goal is to rally support for Biden. This is support he desperately needs in order to remove Trump from the White House. Many of Sanders’ supporters felt this was a betrayal.

Now, there’s talk of either writing in Bernie on the ballot, voting third party, or not voting at all. Any of these options would, in some sense, count as a vote for Trump. Votes for a third party, like the Green Party, would siphon votes away from Biden.

Speaking of socialism, the Democratic Socialists of America (DSA) have also refused to endorse Biden. Rep. Alexandria Ocasio-Cortez (D-NY) is, in true fashion, demanding concessions from Biden in order to earn her support. As another Democratic Socialist, AOC wants the same progressive policies Sanders pushed for in his campaign, though she’s already struggling to pass them through Congress as it is.

On the bright side for Biden, he received endorsements from Sen. Elizabeth Warren (D-MA) and Barack Obama, the Democratic party’s golden child. However, both of these endorsements only came AFTER Sanders dropped out of the race. At that point, what good do they really do?

Mainstream Democrats are certainly excited to see Biden all but officially win the nomination. However, the party has to be united if they want to dream of having a chance to beat Trump. Biden supporters are attempting to guilt-trip Sanders fans into voting for the previous vice president, but that strategy seems to only further the chasm between moderate Dems and progressives.

Poll: Will the Democrat Party Divide Hand Trump Another 4 Years?

With all of the chaos sweeping through the Democratic party, the future for Dems is uncertain. Do you think the fractures in the party will cause enough damage to simply hand Trump another 4 years in the Oval Office?