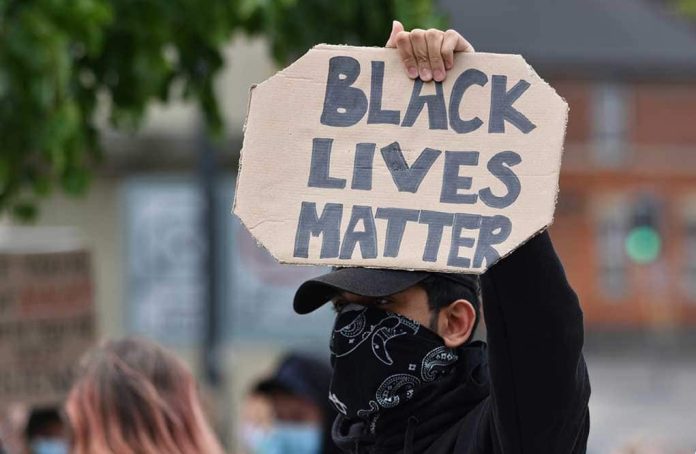 (RightWing.org) – The Black Lives Matter (BLM) movement increased its nationwide prominence last year in the wake of George Floyd’s death, an African-American who died in police custody on May 25, 2020. Nationwide protests erupted, many of them accompanied by violence and looting. Cries of “Defund the Police” rang out in American cities for months.

USA Today: Support for #BLM has fallen and support for police has risen

During the same period, Americans’ trust in local police and law enforcement officials to “promote just and equal treatment” for all rose from 56% to 69%.

There’s been a lot of chatter the past year justifying the BLM movement’s rise as a counterbalance to “police brutality.” However, as this survey discovered, the movement is losing steam while apparently police reforms are working. Perhaps it’s time for BLM activists to back down and let local governments handle their own reforms.