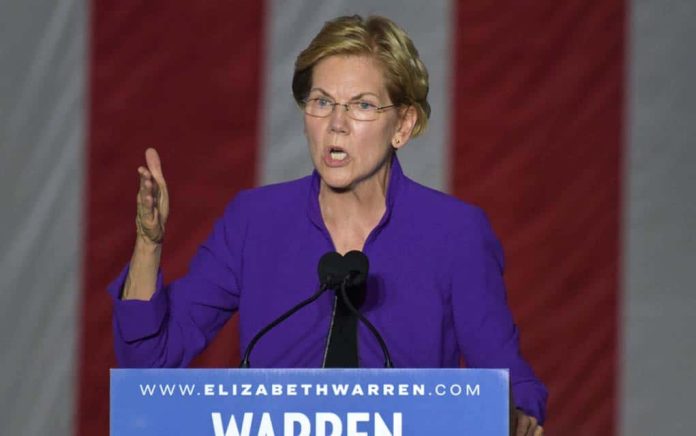 (RightWing.org) – Sen. Elizabeth Warren (D-MA) is seen as one of the most progressive presidential candidates running for the 2020 DNC nomination. She’s built her campaign largely on the idea that she’s the best woman for the job of taking on Wall Street to restore socio-economic justice to the average American. Warren talks a lot about the strength of women and the need for more gender equality in our country.

But, as her past reveals, Warren isn’t always who she claims to be.

Before digging into Warren’s talk about the power of females, we need to question her general authenticity. If Warren cannot be consistent about her personal identity, then how can she genuinely claim to be an advocate for feminist causes — or any causes for that matter?

Warren had identified her ethnicity as “American Indian” on her Texas bar registration card. She had also stated her apparent Native American heritage during her time at Harvard Law School.

However, earlier in 2019 Warren was questioned by President Trump about her true heritage. When pushed, she tried to justify her ethnicity through a DNA test. When the Cherokee Nation got wind of this, Warren reached out to the Cherokee Nation before they issued this statement about the matter.

Native Americans would quickly jump at the opportunity for additional representation in American politics, though they want it to be authentic for it to really matter. The Cherokee Nation publicly disavowing Warren’s claims of her heritage is telling in itself. At best, it seems that Warren is hesitant to tell the truth about her underlying intentions and alignment

Given that Warren tried to use her heritage to her advantage, is she also the feminist she claims to be?

Warren and Sen. Bernie Sanders (D-VT) had a heated moment during the first DNC presidential debate of 2020. Roughly halfway through the debate, Warren called Bernie a sexist by claiming that he said a woman could never be president of the US. She took the opportunity to talk about how women have been very successful in American politics, especially with Congressional re-election campaigns.

Bernie has denied this allegation, and his supporters have called this a sort of “cheap shot” in exchange for political points.

Continuing on her campaign trail, Warren keeps alluding to feminist ideology. When talking about the aftermath of the 2016 election, she said:

“Guys, we just have to face this: Women candidates have been outperforming men candidates in competitive elections. We took back the House, we took back statehouses around this country because women ran for office and women showed up to make those elections winnable. So I say all that just to level the playing field a little bit, right?”

Warren continues to talk about feminism and how they have the power to shape the country. In a speech at Cedar Rapids, she stated, “I just want to be clear: Women win!”

Is all of Warren’s talk about equality and the power of women in America a way to weaponize feminism and prop up her 2020 presidential campaign?