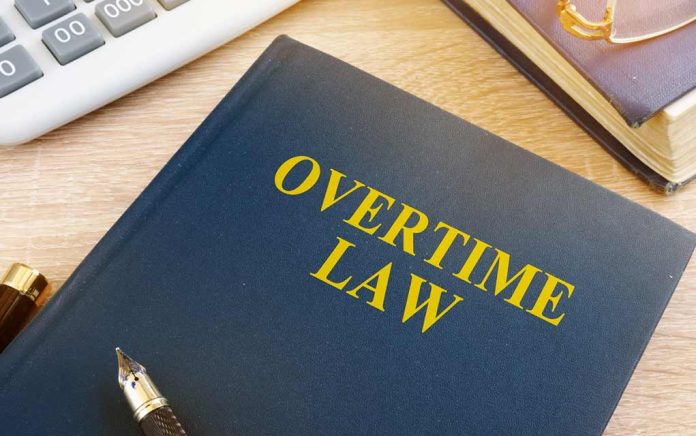 Trump’s economy has improved the lives of countless working Americans. Even still, many workers continue to rely on second jobs and scrounging up as much overtime as possible. Benefitting from a stronger market economy isn’t enough for some people to pay the bills; they rely on overtime pay to make ends meet. Are American workers getting a fair deal from the new overtime coverage threshold?

Let’s Look at Some Facts:

Currently, Americans that earn under $23,660 per year earn time-and-a-half for workweeks that exceed 40 hours. The threshold is half of what it was proposed to be back in 2016: $47,476. Obama’s 2016 regulation was overturned in a federal court in Texas just before it went into effect.
The new threshold seeks to help some of the 4.2 million workers that would have been covered in 2016. An additional 1.1 million employees will be covered under the Labor Department’s proposed threshold of $35,308. This new overtime wage threshold won’t automatically scale with inflation like previous proposals. Instead, the Department of Labor will manually update it every four years.
Critics on the Left claim that the Trump administration is turning its back on the American workforce. Their primary concern? They don’t believe the Labor Department will provide fair compensation when inflation is added in. The reality is the $35,308 threshold is above the estimated $33,000 figure that accounts for current inflation.

The foul play that the Left accuses the administration of doesn’t hold up — inflation is taken into account with this new figure. But that doesn’t tell us if you approve of the proposed overtime threshold. Do you think $35,308 is a sufficient cutoff point for overtime eligibility? Let us know!