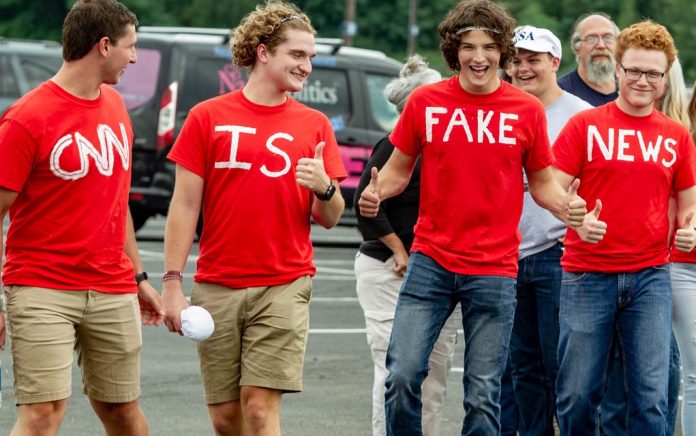 Political divisiveness seems to be at an all-time high compared to the rest of America’s history. Republicans are doing what they can to stem the tide of the far-left’s resurgence, which is now entering the Democratic Party’s messaging and policies. Meanwhile, the Left constantly makes claims of foul play among the Republican party.

Americans across the board are questioning the truthfulness of the mainstream media and even the trustworthiness of their elected officials.

The sad reality is that valid information seems to be harder to come by than during previous decades. This is, of course, not a new phenomenon; political narratives are primarily designed to change one’s mind. Still, it may be the case that accurate, valid and truthful information is too hard to come by in modern America.

A recent jointly-conducted poll from the Associated Press AP-NORC and USAFacts sought to find out where the average American stands in regard to truthfulness in American politics.

Here are some of the key results.

In regards to political messaging and policies:

When asked about determining the factual accuracy of claims made by journalists, American’s said:

This skepticism also applies to our scientific institutions — 72% of Democrats believe that information is factual if verified by scientists. Only 40% of Republicans share this view.

Finally, nearly half of all Americans can’t tell if the information they interact with on a daily basis is true or not.

Telling the difference between fact and fiction isn’t always easy, which is why it’s not inherently a bad idea to defer judgment on certain topics to experts. However, these numbers are shocking. It seems that the American public at large is losing faith in the factual accuracy of our democratic institutions.

Of course, this is all polling data, which is subject to scrutiny like anything else. While the organizations that conducted this study seem to be trustworthy and abide by rigorous methodologies, it may not represent reality. There could be flaws with the interpretation of their data, the data itself could be invalid or the entire poll could be a hoax to keep us drowning in a sea of confusion.

We may never know the truth, but this is what we have to work with. It forces one to question how much we can trust these sources, and others, when we obtain information about the world. On the flip side, at least some Americans seem to trust messages within our political system.

Poll: Is It too Hard to Tell Fact From Fiction in America?

What’s your take on fact vs. fiction in America today? Is it too hard to obtain reliable and valid information about our country?