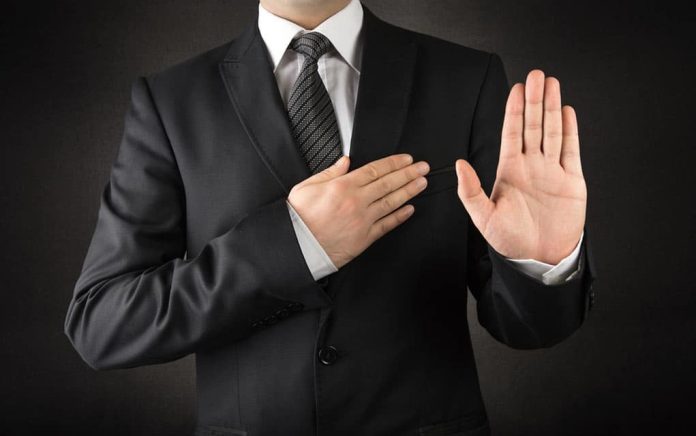 (RightWing.org) – Loyalty seems to be hard to come by in politics these days. Although President Trump was recently found innocent of all charges during his impeachment trial, that decision was the culmination of years of demonization by the media and being betrayed by those close to him. Now that the charade is over, Trump has taken steps to ensure that everyone in the White House is on the same page.

One way he’s making sure he has the right team for the job is by having new applicants fill out a questionnaire. One of the questions asks “What part of candidate Trump’s campaign message most appealed to you and why?” Some have criticized this particular question as overbearing and sending the wrong message.

Shouldn’t Trump expect loyalty for those who work with, or close to, him?

That question about Trump’s campaign is just 1 of 10 on the new questionnaire. Johnny McEntee, Trump’s new presidential personnel director, recently rejoined the administration and created the new form. McEntee is working to ensure that those currently in Trump’s administration are willing and able to fully work with the president to achieve the White House’s goals.

The questionnaire also asks for the individual’s social media accounts and references, making it easier for McEntee’s division to research applicants.

The full form can be found here.

Critics believe it’s inappropriate for potential appointees to be asked about their personal political alignment or feelings towards the current president. Some were quick to point out that Obama didn’t ask such questions. Apparently, according to an Obama staffer, those types of questions are “opposite of everything we stood for.”

However, if we look at how little Obama was able to accomplish, perhaps things would have been different if they had taken extra steps to ensure that everyone was on the same page.

It could be new things like this that help the Trump administration weed out potential appointees who may not be effective at their jobs. More to the point, it could prevent potentially disloyal individuals from infiltrating the White House. While a questionnaire isn’t enough to totally secure the White House on its own, it could be an effective deterrent against bad-faith actors.

Poll: Is It Fair For Trump to Expect Staffers to Agree With His Policies?

What’s your take on this new questionnaire that new applicants have to fill out? Should Trump know where his staffers stand and expect loyalty from them?