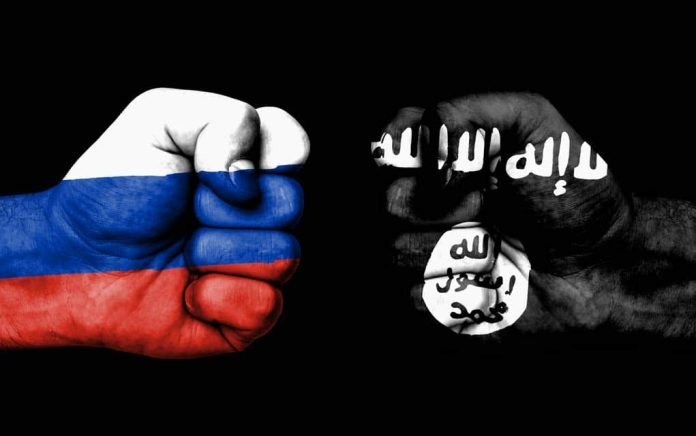 Many Americans are tired of the war in the Middle East; they want our troops to come home. Trump promised to withdraw from Syria early in his campaign, all while claiming ISIS is no longer a threat to the region.
Not everyone agrees. Others – mostly the Left – believe the Islamic State will only grow in power if the US exits Syria now. Who’s right?

German Chancellor Angela Merkel has some interesting thoughts on the subject. She believes that, while ISIS is starting to lose their foothold, they are very much still in control in the background.

Jürgen Stock, Secretary-General of Interpol, agrees. He says the terrorist group remains a complicated threat with serious international scope. His solution? Keep pressure on ISIS as they retreat and disintegrate.

Even the Pentagon predicts an ISIS resurgence in mid to late 2019 without our presence. So, why does the President disagree?

President Trump thinks it’s the right time to leave Syria. The way he sees it, ISIS was once a considerable threat to the region. Now, they’re virtually off the map without any significant ground control. He’s not entirely wrong – ISIS has lost control over much of Syria in recent years.

Ultimately, Trump’s opinion is about supporting military families and ending US Military losses on foreign soil. After years in Syria, it is time for our troops to come home to their loved ones and rest. It’s time for Syria to step up to the game, be responsible and take control over their own region and culture.

Poll: Is ISIS Still a Threat?

What’s your take on the Islamic State? Are they gone from Syria for good or waiting for the perfect moment to resurge?