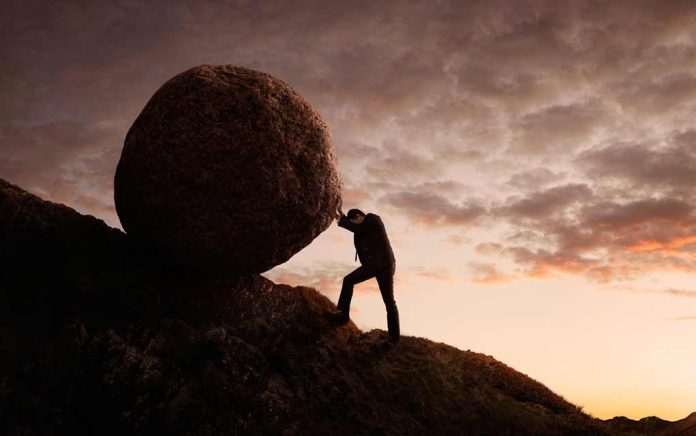 Democrats have been talking about impeaching President Trump for many months, especially over the manufactured Mueller Report scandal. However, they’ve never committed to an impeachment inquiry, even though they’ve threatened to countless times. Now, all that’s changed. This past week, Speaker Nancy Pelosi officially announced the beginnings of an impeachment inquiry within the House of Representatives.

It’s not totally unreasonable to ask if this is merely an act of desperation by Democrats with the 2020 elections just over a year away.

Movements to impeach Trump in 2019 have either fizzled out or failed to gain enough support in the House. Now that Pelosi is ready to back the inquiry, countless representatives are throwing their support behind her. Rep. John Lewis (D-GA) gave a speech on the House floor saying “We must not wait!”

BREAKING: Rep. John Lewis calls for impeachment proceedings against President Trump: "We must not wait! … To delay or to do otherwise would betray the foundation of our democracy." pic.twitter.com/2w1RpfkcIk

If the Dems have waited so long to begin impeachment proceedings, then why now? Apparently, the reason (this time) is over the alleged collusion between President Trump and Ukrainian President Volodymyr Zelensky. All it takes is a friendly phone call between two world leaders for Democrats to lose their minds and believe it’s an act of subversion against our government.

An unredacted, though not verbatim, transcript of the call was released by the White House. In it, Trump asks Zelensky about potentially fraudulent activity with CrowdStrike, a cybersecurity company that investigated hacks against the DNC in 2016. The company shared all of their findings, evidence, and analysis to the FBI for study.

According to Trump’s phone call, Joe Biden and his son, Hunter, may be involved with interfering with the prosecution of this company. This claim hasn’t been substantiated as of yet, but Trump believes there may be something to this idea.

Another piece of the puzzle is the severe lack of funding within the DNC compared to the RNC. Without enough resources to potentially win in swing states, Democrats could be grasping for any other method to give themselves an edge in 2020. This latest impeachment movement could truly be their latest act of desperation.

Poll: Is Impeachment Just an Act of Desperation?

EPA Challenged on Out of Control Armed Raiding Power