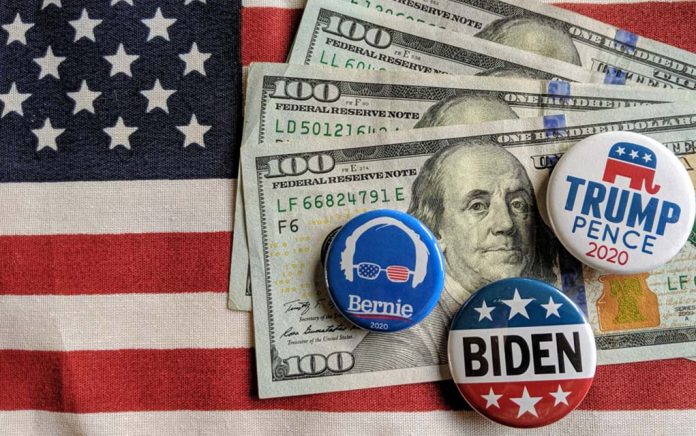 (RightWing.org) – Former vice president Joe Biden has enjoyed a healthy lead in national polls over his fellow DNC candidates. This has been the case ever since he entered the race. Sen. Elizabeth Warren (D-MA) briefly overtook Biden before plummeting to third place in just two months. Now, Sen. Bernie Sanders (D-VT) has gained traction and continues to rise in the polls.

Is this a sign that Sanders is now more electable than Biden?

What happened to convince voters that Sanders, a Democratic Socialist, is a “better choice” than Biden?

One potential argument has to do with Biden’s previous support for the Iraq war when contrasted with the current situation in Iran. Many Democrats believe peace is the only way forward while ignoring the real threat that certain forces in the Middle East pose to the entire world. Even still, Biden’s support and assisted continuation of the Iraq war doesn’t sit well with some Leftist voters.

Another reason could be the host of “free stuff” Bernie promises to hand out compared to Biden. Both Sanders and Rep. Alexandria-Ocasio Cortez (D-NY) have run a fairly effective socialist propaganda campaign. To that end, it seems that they’ve pushed many Democrats further Left with their narrative of “free everything for everyone!”

Additionally, Biden’s gaffs certainly don’t help his cause. While Biden has always been prone to them, he has “moments” when he misspeaks or goes on random tangential rambles more often lately. Some voters find those moments endearing, while others believe they could contribute to Biden’s downfall.

Even though the bases of Bernie and Biden are substantially different, there’s still a strong anti-Trump notion among the Left. To that end, most Democrats will vote for almost anyone but President Trump.

Of course, this is all hypothetical; Trump is almost assuredly going to win re-election in 2020 with the incredible job he’s doing. Still, that doesn’t matter to the Democrats who keep fighting.

So, do you think Bernie is more electable than Biden?