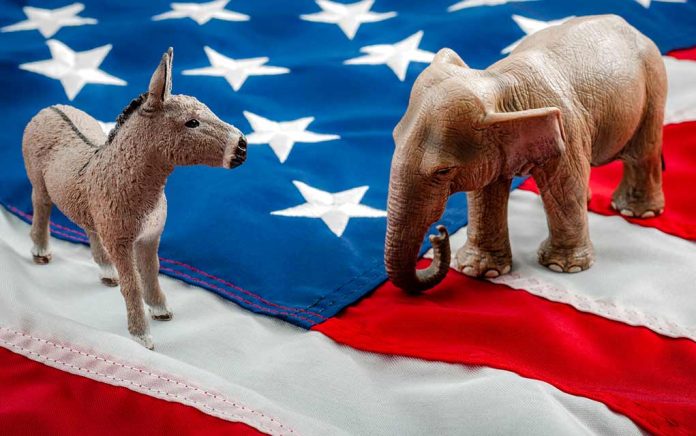 The announcement came as a shock to Fox News viewers across the country. Democrats have barred Fox from hosting any of the DNC primary debates. They claim the news network is too close to Trump to be considered unbiased. Are the Democrats justified in keeping a major news outlet from participating in a crucial part of the 2020 elections?

DNC Chairman Tom Perez provided a statement claiming that Fox News has an “inappropriate relationship” with President Trump. He believes Fox is incapable of hosting a “fair and neutral debate for our candidates.” Does Perez have a point, or is he looking to create an echo chamber among other news outlets?
The New Yorker purports that the President’s relationship with Fox News is “seamless.” They also believe Jared Kushner, Trump’s son-in-law, and White House adviser, has close ties to the news network. This is the justification the Left is using to keep Fox out of the 2020 DNC primaries.
There may be ties between the President and Fox, but that doesn’t stop him from criticizing the news channel. Trump called out Fox’s coverage of negotiations surrounding the wall as worse than CNN and NBC. He calls the latter two networks “fake news,” which indicates Trump doesn’t play favorites with the media.
Fox News pleaded for the DNC to allow select journalists to host a primary debate. These reporters are known for questioning the general narrative of Fox news. It’s an olive branch that the DNC hasn’t embraced yet.

This Is What Others Think:

Do you think the Democrats have good reason to prevent Fox from hosting their primary debates? Is this an overreaction from the Left? Let us know what you think in the comments below!