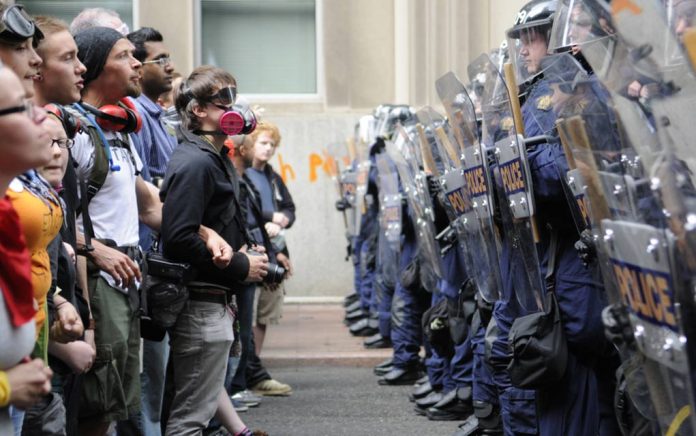 Do a Google search asking when the Civil War started, and most results will tell you it was April 18, 1861, when Confederate forces fired on Fort Sumter, South Carolina. Look a little deeper and you’ll find out that the first date they chose to leave the union was in 1860, but it still goes farther back than that. It was some 40 years before when the leadership in Washington DC came up with the Missouri Compromise to keep a balance between the number of states where slavery was legal and where it was outlawed. In other words, it took years of build-up.

The data shows that the racial divide started accelerating with the election of Barack Obama as President of the United States and when Hillary Clinton lost the 2016 race to Donald Trump, the Progressive Liberals around the country went absolutely ballistic. In the cases where a black person died at the hands of a white person in authority, Obama would jump in with both feet and fan the racial tensions before the whole story came out. He did it with Trayvon Martin in Florida, and he did it with Michael Brown, Jr. in Missouri.

Today, that leaves America sitting on top of a huge powder keg where any death of a member of the black community at the hands of law enforcement might ignite it. That’s what happened with the death of George Floyd at the hands of four white Minneapolis police officers in the aftermath of which there were riots across the country and in Seattle, Washington where groups like Antifa and Black Lives Matter (BLM) seized the city’s Capitol Hill area by force of arms and declared it and “no-cops” zone.

No reasonable person can argue that the two races, when taken as a whole, do not have vastly different experiences when they interact with police. Sen. Lindsey Graham (R-SC) in his opening remarks as the chairman of the Senate Homeland Security Committee contrasted his experience of never having been pulled over with that of his counterpart, Sen. Tim Scott (R-SC), who is black and has been pulled over at least eight times.

The typical protester taking to the streets is far more interested in keeping the base form of government while reforming the way law enforcement interacts with their citizenry. However, the outside agitators know very well how to turn a crowd into a mob, and then using that mentality, how to turn a protest into a riot and that’s where the danger comes into play.

BLM is trying to agitate us into fighting a new Civil War over what? — "unconscious bias" and "micro aggressions"?! Please. If racism is now so unapparent as to be "unconscious" and "micro," it's hardly still "systemic." Take your race wars somewhere else. You have no cause.

They become, for all intents and purposes, terrorists intent on rapine, pillage, and plunder and “negotiating” while holding a gun to the country’s collective head. Under one definition of war, when one group takes up arms and captures sovereign territory to hold innocent bystanders as captives, and declares a rebellion, they become soldiers fighting a war.

Without question, this is one of the most unsettled times in recent American history. No one really knows how far these radical left groups are willing to take things, nor does anybody really know if this is truly a grassroots thing or if it’s being funded by someone whose interests run counter to those of the United States. But given how things stand, just at their face value, what is important, at least to us, is what our readers think.

The question boils down to this: Has America entered the Civil War, part two?