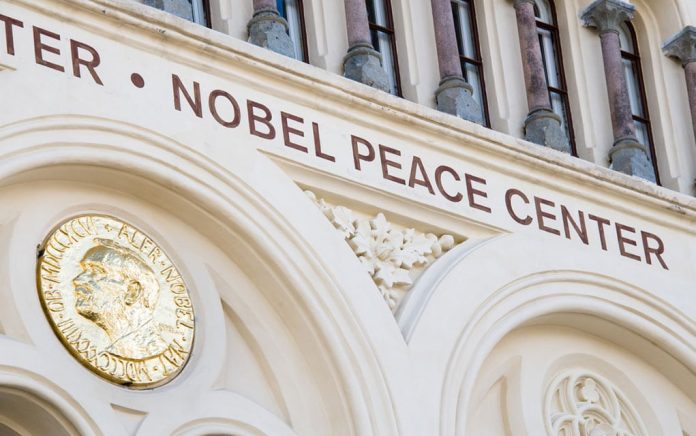 (RightWing.org) – President Trump has taken great strides to set an example for other nations to follow. His tireless efforts to bring all nations together, especially those with a history of hostility, might be unprecedented among the most recent succession of presidents. But does he deserve a Nobel Peace Prize?

Our president has done more to reach out to North Korea for negotiations than Obama ever considered doing. Trump has met with Kim Jong-un multiple times to establish not just a working relationship between our countries, but a friendship as well. The two leaders have exchanged letters and kind words, especially over the course of 2019.

Although Kim has decided to continue its weapons testing, Trump has given more effort at building a bridge with North Korea than most past presidents have.

Trump has also worked to create a peace deal between Israel and Palestine. Officials from the Clinton and Obama administrations have attempted to bring about peace between the two nations. However, virtually all of their efforts have ended with some sort of violent conflict.

Trump’s new plan lays out the groundwork for a Palestinian state that could feasibly exist. It’s a step forward that could work, though not guaranteed. Instead of praise, MSM outlets postulate that Trump’s plan “strongly favors Israel.”

In regards to Afghanistan and the Taliban, Trump seems to have finally sealed the deal. According to the peace agreement, US troops will finally come home after far too long. The treaty is ready for the Taliban to sign if they commit to stopping all violence for a one-week period at the end of the month. If they comply, the US will most likely begin pulling out forces and leave the future of Afghanistan to be determined by the Afghan government and the Taliban.

At long last, if this deal goes through, President Trump will have ended the longest war in American history.

While there’s never any certainty with international negotiations, staying vigilant in fostering peaceful relations is the key. Trump is doing what he can to bring about peace between warring nations. Do you think that Trump has earned a Nobel Peace Prize for his efforts?

Trump Made the GOP a Powerhouse