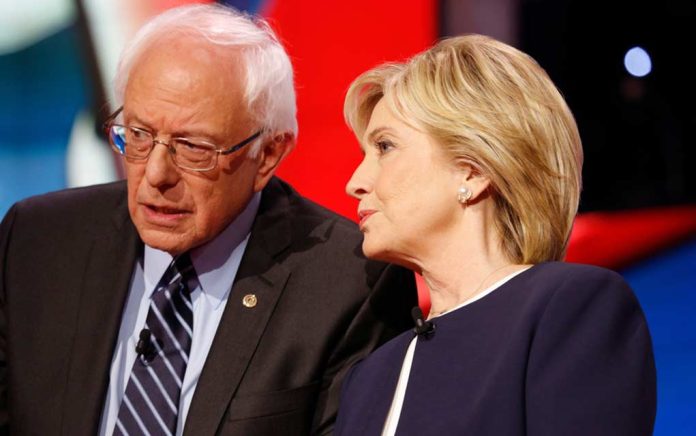 (RightWing.org) – Feuds between DNC presidential nominees are heating up. It’s not just the candidates fighting amongst themselves, though; the mainstream media (MSM) and its sympathizers have a bone to pick with the presidential hopefuls as well. Sen. Bernie Sanders (D-VT) in particular is being singled out by liberals.

Hillary Clinton is also joining the fray to smear Bernie and his presidential campaign. In an interview regarding her new documentary, “Hillary,” coming out in March, she didn’t hold back with her opinions of the Democratic Socialist. Given Hillary’s influence on American politics, did she just ruin Sanders’ chance at winning the presidential nomination in this interview?

Hillary’s new documentary largely focuses on her shot at The White House in the 2016 elections where she lost to President Trump. She also decided to comment on the 2020 presidential race and how it’s panned out thus far. While we don’t know exactly what the full documentary will entail, we do have a sneak peek into Hillary’s opinions.

During an interview, Hillary was asked about her “brutally honest” stance towards Sanders. She was questioned about this quote from her in the documentary regarding Sanders:

“He was in Congress for years. He had one senator support him. Nobody likes him, nobody wants to work with him, he got nothing done. He was a career politician. It’s all just baloney and I feel so bad that people got sucked into it.”

When asked if Hillary still feels that way, she said yes.

Then, Hillary was asked whether or not she would endorse Bernie if he happened to win the presidential nomination. Her response:

“I’m not going to go there yet. We’re still in a very vigorous primary season. I will say, however, that it’s not only him, it’s the culture around him. It’s his leadership team. It’s his prominent supporters. It’s his online Bernie Bros and their relentless attacks on lots of his competitors, particularly the women.”

She went on to elaborate on Bernie’s alleged sexism against Sen. Elizabeth Warren (D-MA) to whom he allegedly told that a woman couldn’t become president. Hillary made it a point to mention the advice and encouragement she gave Warren and Sen. Amy Klobuchar (D-MN) during some private conversations. Bernie seemed to be notably absent from these meetings, further solidifying the bad blood between him and Hillary.

Hillary has also complained about Bernie’s influence on her 2016 presidential campaign believing that he could have done more to support her. That support, she believes, could have turned the election in her favor.

We’re going to have to wait for the full “Hillary” documentary to come out before getting the full scoop. The documentary is set to air in four parts starting March 6. However, given this interview and her previous commentary, did Hillary discredit the Sanders campaign enough to prevent him from obtaining the DNC presidential nomination?