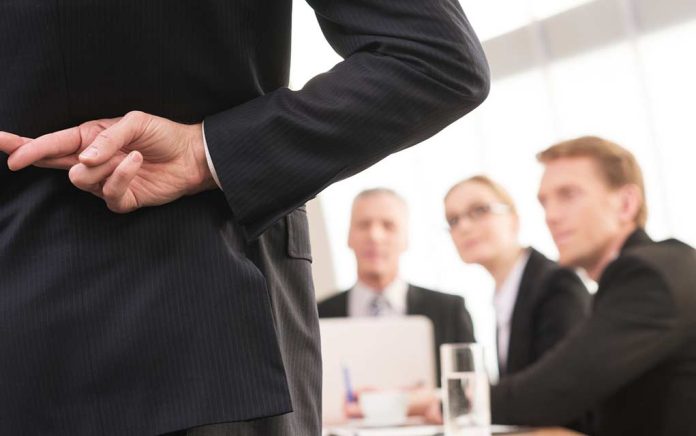 The mainstream media is giving way too much attention to President Trump over his perfectly normal phone call with Ukraine’s president. What was initially a standard conversation between the two leaders turned into an impeachment movement against Trump. As a result, a bigger piece of the Ukrainian puzzle has gone overlooked.

Hunter and Joe Biden’s dealings with Ukrainian oil companies were conveniently left off the discussion table for a while. Americans have only recently taken an interest in Hunter Biden’s involvement with overseas companies now that he’s backed out of a Chinese deal. In fact, 40% of Democrats believe Hunter’s Ukrainian deals are an important campaign issue that needs to be discussed.

Ultimately, Americans want to know whether or not Hunter Biden (and his father) are involved in legitimate business or guilty of backroom deals.

It’s no secret that Joe Biden’s connections are akin to an oversized spider web. Joe is friends with just about every mainstream Democrat, especially after his run as Vice President. Biden has been in the political game for decades, so it’s not hard to imagine him getting in on nearly any business deal he’s interested in.

Joe surely knows when to play ball and when to grease hands.

Investigating Hunter Biden’s history, on the other hand, paints a far less convincing picture. He’s obtained multiple top-level business positions that he seems to hardly be qualified for. Former President George W. Bush even gave Hunter a spot on the Amtrak board of directors in 2006. His resume was sorely lacking, to say the least, but everyone turned a blind eye because “it’s Hunter Biden.”

Hunter attempted to defend his “qualifications” for being involved with a Ukrainian energy business during an interview with ABC News.

A compilation of the interview can be found below, which includes a section on Hunter’s recovery from addiction.

To say that Hunter Biden is as knowledgeable or as competent as his father in the business arena is a stretch at best. If Hunter isn’t even qualified to hold the positions he has previously, then how did he manage to get by all of these years? It could have been a consistent string of good fortune, or maybe Hunter resorted to less than savory means to keep him and his business endeavors afloat.

Poll: Are the Bidens Guilty of Backroom Dealings?

Do you think Joe and Hunter Biden cheated their way to success through backroom deals? Or, did they manage to get by through sheer force of will and utilizing every tool at their disposal? Tell us in the comments!