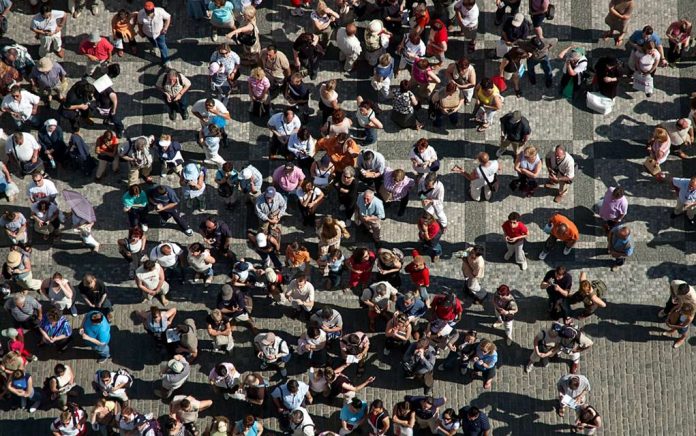 America is a nation of immigrants. Our society was founded on Christian values and a reverence for personal liberty. In fact, due to its history, America has earned a reputation for being a “melting pot of cultures and populations.”

However, a clear shift in America’s demographics is occurring before our eyes. While increasing diversity can be a force for good, the current rate of population change may be too much for the country to handle. Some Americans are concerned that our culture and traditional values might be swept away with the current changes taking place across the nation.

Culture is the bedrock of society; it’s what creates and keeps the social and moral fabric of a nation intact.

That’s not to say that immigrants can’t bring new ideas or shape the culture they’re assimilating into. However, in order for social cohesion to remain, new populations must mesh with the established culture. In America’s case, this means (at the very least) embracing personal freedom and the traditional values our founding fathers shared.

If new populations don’t mesh with the currently existing establishment, then society can quickly move towards a “fallen state.” A disregard for traditional social values and the rule of law may become more common. Higher rates of immigration increase the risk of populations becoming highly-segmented, resulting in a destabilized society.

So, where does America currently stand in terms of demographic change?

According to a 2019 Pew Research study, changes in population have sky-rocketed ever since the 1965 Immigration and Nationality Act was passed.

Here are some key takeaways from their findings:

In light of these numbers, some on the Left believe that Conservatives have given up on helping new and changing populations embrace American values. A common argument they give to justify this misconception is that the Conservatives are afraid of demographic change in itself. In reality, while Republicans may tend towards lowering immigration rates, the fear isn’t inherently in regards to a more diverse population.

The fear many Americans have is a dangerous change in societal ideology that could result in the destruction of social cohesion.

The Right hasn’t given up on helping immigrants learn about and embrace American culture. But, there’s only so much that can be done in the face of drastically increased immigration rates. Many are concerned that the rate of demographic change makes it too difficult for new populations to properly assimilate.

What do you think about the demographic change in America? Is the current rate of immigration too much for our culture to handle? Let us know in the comments!