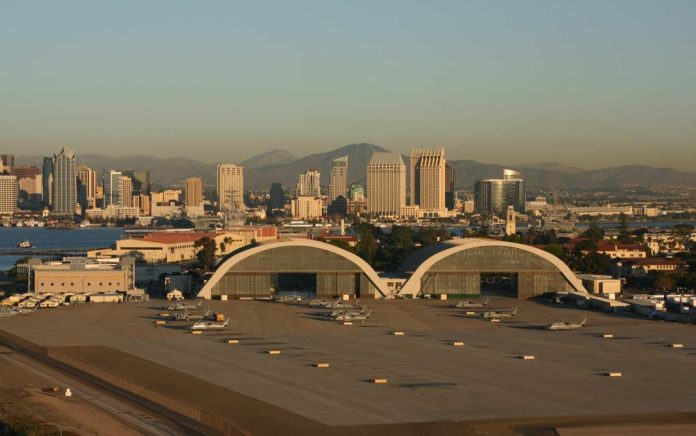 (RIghtWing.org) – It’s a given that US military bases abroad are constantly in danger simply because of where they’re located. Some are near hostile entities while others are within, or mere miles away, from war zones. We expect that these sites are high-risk.

However, the security status of military bases back home often goes overlooked and taken for granted. We assume they are safe.

But, a recent string of attacks and unauthorized accesses to military bases on US soil has called that notion to question. Are US military bases back home safe enough?

The first was a shooting at Pearl Harbor just days before the 78th anniversary of the Japanese attack that led to US involvement in WWII. The shooter, who killed three, including himself, was an active sailor assigned to the USS Columbia. No political motivation was discerned, but the individual was undergoing disciplinary review and was enrolled in anger management classes.

Later that same week, what has recently officially been deemed a terrorist attack occurred on the Naval airbase in Pensacola, Florida. The shooter was a member of the Saudi Arabian military and was training in the US through a joint effort between the two countries. He killed three and wounded seven others. The event resulted in the deportation of 21 cadets back to Saudi Arabia.

Later in December, reports were released regarding an odd incident involving Chinese embassy officials illegally driving into a military base.

In this instance, two Chinese officials “accidentally” drove straight into a secret military base in Virginia. They spoke poor English when blocked and confronted by guards, stating they had become lost while “sightseeing.” Both of them were detained and expelled from America, which was the first time a Chinese diplomat was excised from the country in three decades.

Only a few days ago, yet another potentially deadly event took place on an American military base. This time it was at Tennessee’s McGhee Tyson Air National Guard Base. The entire base went on lockdown due to what they believed to be a potential mass shooter attempting to take action.

The base is home to over 1,000 personnel spread across various divisions. Suddenly, a report from a student stated that they saw a suspicious person with what seemed to be a weapon. Immediately, the base went into lockdown mode and an investigation took place.

After the investigation, with no confirmed reports of shots fired, and a subsequent discussion with that same student, military officials stated nothing happened. The student was mistaken in what they believed they saw.

Thankfully, that last situation was a false alarm, but it could have been much worse if those stationed at the base weren’t trained or prepared for a worst-case scenario.

In light of these recent events, do you believe that military bases located on American soil are safe enough?