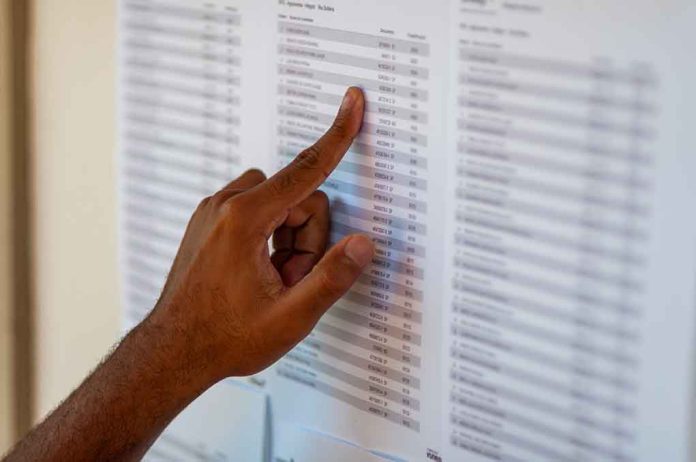 (RightWing.org) – Leading up to and after the Revolutionary War, militias played a vital role in America. Yet, because they don’t formally exist today, many Americans don’t know the history of these all-volunteer fighting forces. Instead, most people hear of militias, and the first thing that comes to mind are radical groups. One such organization that entered the limelight after the January 6, 2021, riot on Capitol Hill was the Oath Keepers.

On Tuesday, September 6, the Anti-Defamation League (ADL) released information from a leak it obtained about the group. Names of hundreds of people in law enforcement, the military, and elected office appeared on the list. Still, is it possible the timing of the release coincides with the upcoming 2022 midterm elections?

According to most news sources, the Oath Keepers is a far-right militia group. It was started in 2009 by Stewart Rhodes. In 2013, the leader of the group said its purpose was to restore the militia in the United States to defend the US Consitution. Rhodes believes the federal government is undermining the founding document and is eroding civil liberties. Since its inception, the organization recruited people from backgrounds in law enforcement and the armed forces.

The Anti-Defamation League Center on Extremism (ADL) reportedly combed through the leaked names of 38,000 members of Oath Keepers. It said it identified over 370 people on the alleged membership roles who currently work in law enforcement. Some are even police chiefs and sheriffs. It also identified over 100 members of the US military and 80 who are running for elected office or served as elected officials.

The report alleges the group has participated in extremism since its founding and questioned the integrity of those who joined its ranks. Still, the AP reached out to some on the list. Some said they were members for a short time years ago and have nothing to do with them; others said they never paid any dues to the organization. This calls into question whether or not the names on the list are actual members or not.

What Was a Militia?

During the colonial period, militias were the primary military might for the colonies’ defense. They were part-time, non-standardized, and an all-volunteer force. Still, young men were obligated to serve their communities for their general welfare and protection.

Despite the large number of volunteers during the Revolutionary War, General George Washington often complained about their lack of discipline on the battlefield and their unreliability. Ultimately, he created a professional army and here, the militia served as support when needed.