(RightWing.org) – The $484 billion interim stimulus package was intended to be a bridge between the CARES Act and CARES 2 Act. It took over two weeks to pass due to partisan politics. It seems the CARES 2 Act, or Phase 4 stimulus, could be delayed as well.

The House has decided to extend its break indefinitely and Rep. Jim Jordan (R-OH) blasted it over this decision.

"States are reopening. Why won't Congress?" asks @Jim_Jordan after it is decided the House will not return to Washington D.C. next week as Phase 4 of coronavirus stimulus is considered #nine2noon pic.twitter.com/F5yA3wUkd9

Still, the Phase 4 bill is starting to take form, albeit slowly and only through grueling back and forths between Republicans and Democrats.

Democrats have announced a bill, the Medical Supply Transparency and Delivery Act, that requires a coronavirus “supply czar” be appointed. It would also call for comprehensive testing plans and to scale the production of a future vaccine. This bill is being proposed as part of the CARES 2 Act.

Senate Majority Leader Mitch McConnell (R-KY) has made it clear that infrastructure measures shouldn’t be added to the Phase 4 stimulus. He’s also changing his tone on state aid potentially being included in the bill. State governors pushed back after McConnell’s said states should consider bankruptcy or borrow money against future generations.

There’s a lot going on outside of Capitol Hill regarding the next relief bill. Similar to Jordan’s concerns, it seems that this process could go faster if the House held full sessions instead of extending its break. Meanwhile, Americans are required to find their own way through the damaged US economy. 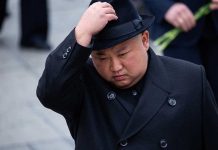 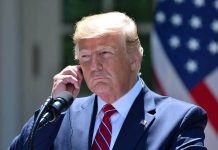