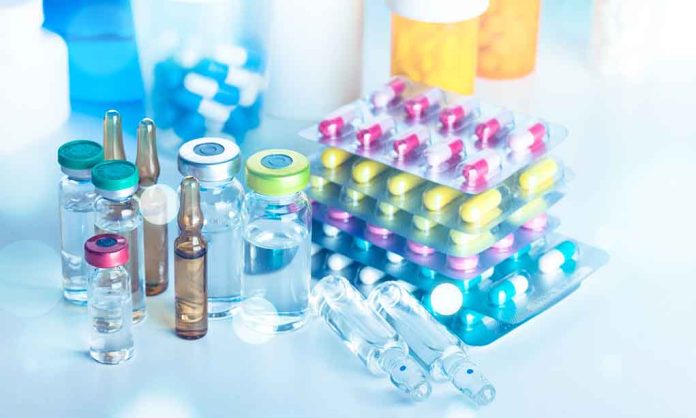 Pharmacies Nationwide Are “RATIONING” These Supplies.

(RightWing.org) – Panicking women are buying up stocks of emergency contraception. So far, the pills remain legal and easily available, but demand is surging anyway. Now, pharmacists are rationing the pills to avoid running out.

Last week’s Supreme Court repeal of Roe v. Wade has already had many effects, and one of them is a surge in demand for Plan B and similar emergency contraceptive pills. The over-the-counter medications can prevent conception up to three days after sex; they work by preventing the release of eggs from a woman’s ovaries. It was once widely believed they could also prevent a fertilized egg from implanting in the uterus, but researchers now know that isn’t true — although the FDA’s label on the drugs still says that, and legislators in some states have tried to classify the pills as an abortion drug based on the label.

In the wake of the Supreme Court’s decision to reverse the 1973 Roe v Wade case, several states have already moved to restrict access to abortion and others are set to follow. Lawmakers in at least three states are also looking at restricting emergency contraception, and in Idaho, it’s already banned from university health centers.

The Supreme Court has made very clear that last week’s ruling only applies to abortion, not emergency contraception. However, it seems many women are worried their states will restrict access to that as well and are buying medication while they can. Because of the increased purchases, CVS has limited sales of the pills to three per customer. RiteAid has also rationed sales, while Walgreens says it needs to restock its online inventory because of high demand.