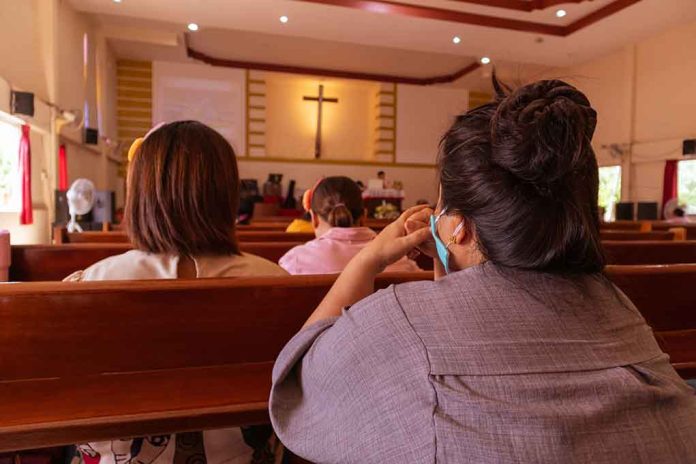 (RightWing.org) – You might not guess it from listening to the Left’s complaints, but one of the most persecuted groups around the world is Christians. In many countries, they are regularly, even officially, victimized because their beliefs upset someone else’s religion or politics. This persecution isn’t a fading leftover from darker days, either; it’s not only going on right now, it’s getting worse.

A new report by Aid to the Church in Need (ACN) reveals the horrifying extent of anti-Christian persecution around the world. ACN looked at 24 countries where Christians face serious persecution and found that since the last report in 2019, it’s gotten worse in 18 of them. With the exception of Russia and India, all of them are communist or Muslim-majority states.

ACN found that war in the Middle East has devastated Christian communities there. Before the Syrian civil war broke out in 2011, around 10% of the country’s population were Christian. Now, that’s fallen to below 2%. In Africa, Boko Haram and the Islamic State both persecute Christians, and in Afghanistan, the Taliban are doing the same to the tiny Christian minority left there.

Meanwhile, in India, Hindu ultranationalists often assault Christians, and in China, the communist regime cracks down brutally on any religious minority that doesn’t support the Party. Similar persecutions happen in North Korea, while the Vietnamese regime has had an uneasy relationship with Catholicism for decades. Overall, an estimated 360 million Christians worldwide face the threat of persecution. Of course, you won’t hear about it from the mainstream media.