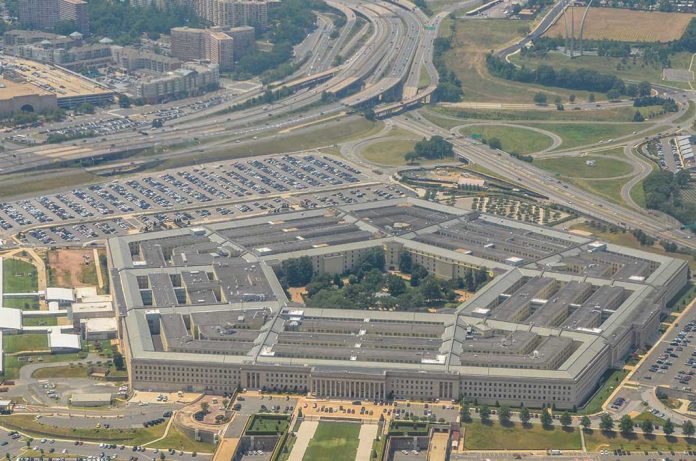 (RightWing.org) – The Pentagon is refusing to allow journalists to embed with American troops sent overseas to support Ukraine, and the collective free press is demanding to know why. Pentagon Press Secretary John Kirby came under fire multiple times in the past week for failing to provide an answer.

During a press briefing on February 9, Kirby offered logistical excuses and brushed off the issue as a matter still under discussion. “This is a modest number of forces that are … relocating to provide reassurance to allies,” Kirby said of the American soldiers on their way to help confront more than 130,000 Russian troops.

So far, the Pentagon’s stance is one of uncertainty and deflection. Journalists from across the political spectrum find themselves united around the issue with nearly every mainstream outlet asking the simple question: why? What makes this different?

JUST IN: The Pentagon Press Association is calling on @SecDef Lloyd Austin and @JakeSullivan46, President Biden's national security adviser, to "lift the ban on news coverage of American military members deploying to Europe to reassure NATO allies during the Ukraine crisis" pic.twitter.com/B2hHJjPnhu

The association’s letter said that “the Biden administration can choose to enable timely coverage in Europe or it can obstruct the public’s view of a military mission being paid for with taxpayer dollars.”

Jen Psaki brushed the issue off in a press conference Wednesday, stating that it’s the administration’s “overarching approach” to allow journalist embeds, but that she’d need to look into the matter further.

The Free Press Has an Important and Historical Role to Play

Press embeds are an essential piece of the American military puzzle. Since WWII, families of servicemen and women have had a direct outlet for first-hand information about their loved ones. Those embeds came in different forms, but they were there.

From the first films of WWII through Vietnam, war reporting wasn’t just common; it was legendary. The bravery of American journalists went on display every day alongside the troops. Former President George H.W. Bush changed that in the first Gulf War, assembling the press in pools far from the action. His son, former President George W. Bush, allowed nearly 800 journalists to embed with forces on their way to rid Iraq of Saddam Hussein.

The military is held accountable by the free press. In a democratic society, nothing can be more important than transparency.