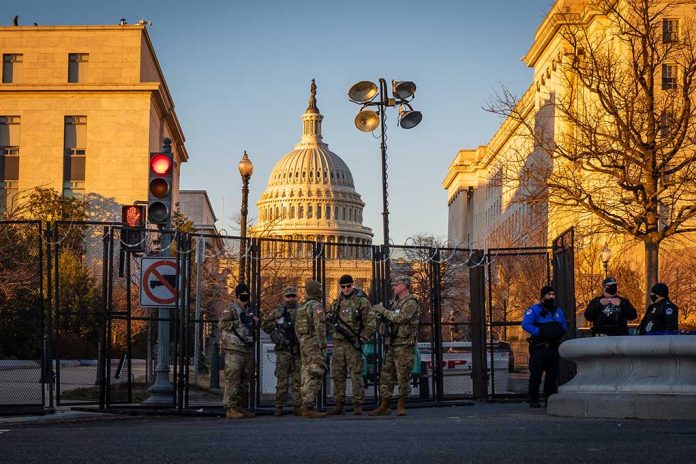 (RightWing.org) – The Pentagon plans to deploy hundreds of troops in Washington, DC, to help manage protest convoys due to start arriving within days. Some are already asking if it’s really necessary to use soldiers for this job.

On February 22, Defense Secretary Lloyd Austin approved a request from DC officials and the US Capitol Police to deploy 700 National Guard troops to the capital, starting next week. Four hundred will come from the DC National Guard – including a Military Police brigade – with the rest coming from other states. The Pentagon says the troops will be unarmed and won’t assist in surveillance or law enforcement; they’ll help with traffic control.

Pentagon approves National Guard deployment ahead of DC trucker convoy. "Beginning at 1 p.m. on Feb. 26, '50 large tactical vehicles' will be placed at these traffic posts on a 24-hour basis. The deployment has been approved to last through March 7." https://t.co/nq4lGEQdPy

Authorities expect several protest convoys organized by truckers in DC over the next few weeks, and the Biden administration is hunkering down. Workers are rebuilding steel fences around the Capitol in advance of next Tuesday’s State of the Union address, and now DC and Capitol police are calling in the National Guard.

Canada’s Freedom Convoy inspired the trucker protests. Is the administration also looking to Canada for inspiration and planning a brutal crackdown like what liberal Prime Minister Justin Trudeau is carrying out? He imposed a state of emergency in Canada’s capital Ottawa. If Biden intends to do the same in DC, he now has the troops to enforce it.