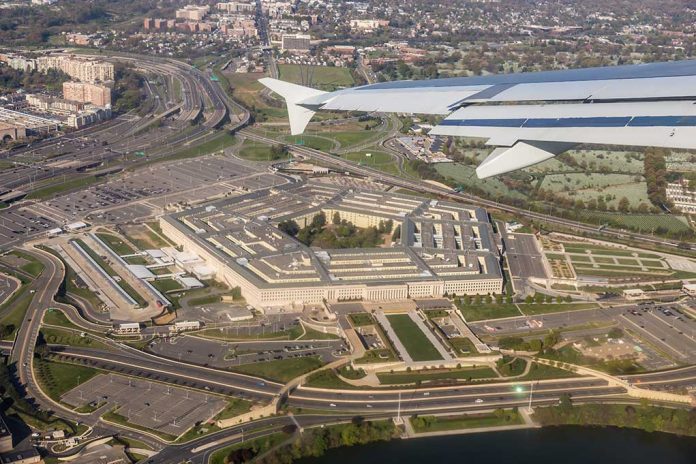 (RightWing.org) – On February 27, Russian President Vladimir Putin finally did what many expected he would do for years: he invaded Ukraine. At first, he must have thought it would be easy. His generals told him that Ukrainians would welcome Russia with open arms. That didn’t happen. Instead, the Ukrainians fought back. They embodied the message of George Washington, who famously said that the soul of an army is discipline, and discipline makes a small army formidable.

As the weeks have dragged on, the Russian president approved numerous military campaigns to eradicate what he called Nazism and demilitarize Ukraine. Alleging a Ukrainian military presence, the Russians bombed a hospital maternity ward, nuclear power plants, housing complexes, and malls. On Tuesday, March 22, a Department of Defense (DOD) spokesman said there is proof that Russia committed war crimes, but can anyone actually hold Putin and his leaders accountable?

On Monday, Russian officials delivered a personal message to the US ambassador in Russia. They warned that the allegations of war crimes are eroding relations between the two countries.

The challenge for Russia is that governments and numerous international companies now refuse to do business with it, potentially crippling the nation’s economy. Long-term, the lack of economic activity could spell significant internal political trouble for Putin and erode his ability to conduct large-scale military operations in the future.

Could Putin Be Charged With War Crimes?

The International Criminal Court (ICC) in The Hague is responsible for prosecuting war crimes. It defines them as targeting civilians and attacking military targets where civilian casualties would be excessive.

The ICC has opened an inquiry into allegations that Russia committed war crimes. Even if it finds proof, a trial can’t occur without a defendant. Still, even if the ICC conducted a successful legal trial, prosecutors must prove guilt beyond a reasonable doubt.

Moscow doesn’t recognize the tribunal and would most certainly refuse to comply with any arrest warrants. Regardless, an indictment would likely seal Russia’s isolation from the rest of the international community. It’s hard to say what would happen in that instance.