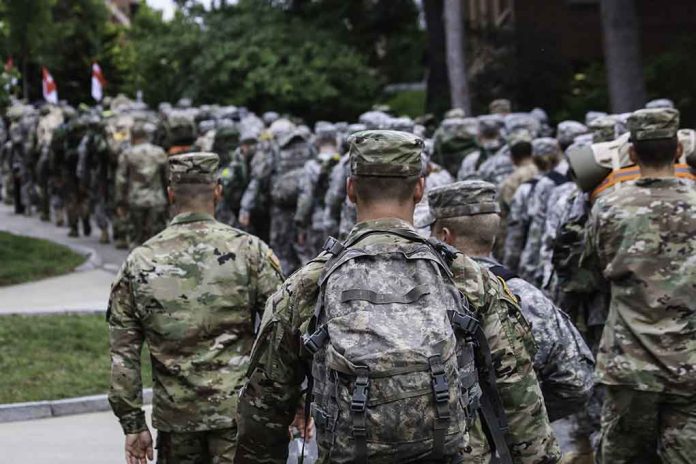 (RightWing.org) – The People’s Republic of China claims the island nation of Taiwan as a breakaway territory. The Chinese government implemented a “One China” policy to reinforce that claim. Now, a contingent of US Marines and Army personnel will deploy to Australia to join an existing rotational force of Marines as part of an effort to prepare for an expected confrontation with China.

On March 14, the Pentagon and Australian Defense Department announced the rotation of 2,200 US Marines to Australia for 6-months of annual training. Former Australian Prime Minister Julia Gillard and Barack Obama announced the creation of the Marine’s Rotational Force – Darwin (MRF-D) in late 2011. The rotation lasts from April to October every year, and Marines first deployed to Australia in 2012.

US Marines begin arriving in Australia for another six-month training mission https://t.co/lJX2XQ2YiZ

The MRF-D has increased in size from its initial rotation of 200 US Marines. By 2014, the number increased to 1150 and expanded to 2500 Marines by 2019. Additionally, for the first time, 250 members of the US Army will participate in the rotation.

Members will also deploy to Australia’s northern region for the first time, indicating mounting concern that China might initiate a military strike on Taiwan while the world watches events playing out in Ukraine.

Do you think the Biden administration should use US military personnel to defend Taiwan from a Chinese invasion?