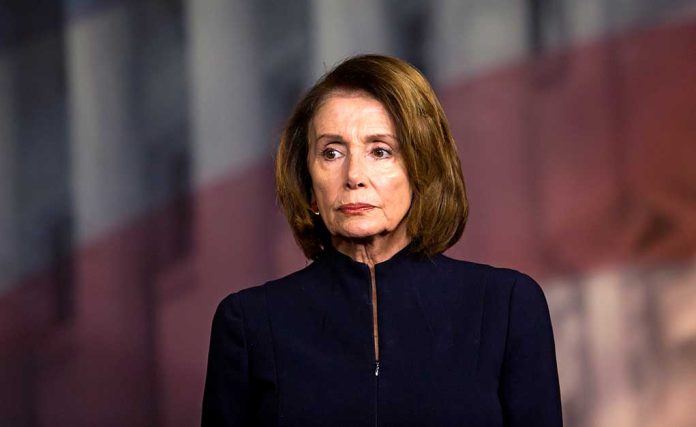 Pelosi Says She Will Always Have “Influence” Over Democrat Party

(RightWing.org) – House Republicans selected current Minority Leader Kevin McCarthy (R-CA) as their nominee for Speaker of the House by a 188 to 31 conference vote on November 15. Similarly, the Democrats will choose their leader on November 30. Current House Speaker Nancy Pelosi (D-CA) hasn’t indicated whether she will seek to keep her position as the top Democrat, but recently claimed she would always have clout with the Democratic Party.

On November 13, Pelosi sat down for an interview with CNN “State of the Union” co-host Dana Bash. Pelosi confirmed that any decision she made regarding her continued leadership would involve the “wishes” of her family and Democratic colleagues. Pelosi also said that although the House Speaker wields “awesome power,” she will “always have influence” over Democrats.

Bash asked Pelosi if she thought McCarthy “has what it takes” to become House Speaker. Pelosi essentially skirted that question and responded that it’s up to Republicans to decide how to move forward in the wake of the midterm elections. “It’s not up to me,” she stated.

ABC host George Stephanopoulos asked Pelosi how she wanted people to remember her speakership if she decided to leave Congress in a separate interview that same day. She responded that she didn’t have any plans to leave Washington. However, she said that Obamacare “has to be” her “major accomplishment.”