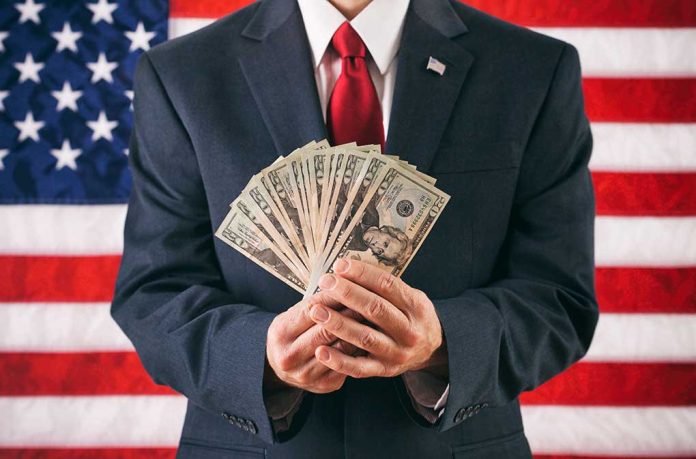 (RightWing.org) – It’s barely been two weeks since President Joe Biden proposed his $2.3 trillion infrastructure package. That was part one of his radical Build Back Better plan introduced during the 2020 campaign. As the dust kicks up, ongoing negotiations with the GOP may not be going according to plan for the Biden administration. Republicans recently introduced a significantly scaled-down proposal that is more infrastructure than the social engineering Biden proposed. If the Democrats can’t get Senate Republicans to budge, they threaten to reopen a previous reconciliation bill and add their proposal to it.

On Wednesday, April 28, the administration announced that it’s rolling out part two of the plan to overhaul America’s economy as it begins to emerge from COVID-19. It’s being called the “American Families Plan.” If passed as proposed, the $1.8 trillion spending plan could change how America works, raises children, pays for education, and is taxed. Much of it sounds good, but could it be a red herring for something even bigger in the future? Does it even stand a chance of passing?

What’s in the Plan

The American Families Plan builds on the radical proposals introduced in the infrastructure deal. Critics point out that the plan is really nothing more than an attempt to extend much of the earlier COVID-19 relief packages by either extending temporary pandemic measures or making them permanent. Others suggest that the plan is a bribe to earn the votes of millions of Americans who are dependent on the government and will vote long-term to preserve their stream of government income.

Included in the proposal is:

Who Pays for All This?

The Biden administration is continuing the line that the rich need to pay their fair share. However, it won’t be corporations or the rich that pay for the lion’s share of the cost. It will be the middle-class.

Ultimately, all of the trillions of dollars in new debt accumulated over the last year since COVID-19 mitigation efforts were instituted will go towards debt or middle-class tax increases. However, the truth is the middle-class will be the ones who pay for the steep cost of the spending through a variety of means. Politicians get away with the big lie saying the middle-class won’t pay because it’s not directly in legislation. It’s a pass-through tax system.

If it does, it will have to be on a party-line basis using reconciliation once again. However, it’s tricky. The Senate parliamentarian likely won’t allow some of the provisions to meet muster with the rules that govern the process.

The question is, will the public push back on too many go-it-alone programs? With razor-thin margins in the House and an evenly divided Senate, Biden is putting many moderates in a precarious situation at home in their districts. The bill could be seen as too radical, socialist, expensive, and transformative on how society funds education, works, and expands the social safety net.

If the Infrastructure and American Families Plan proposals become law, it’s not inconceivable that Biden and Democrats are setting America up for even bigger things to come. Since 2018, the Left began pushing basic universal income, single-payer healthcare, and student loan forgiveness. Each of these takes America closer to a socialist state and further from the free market system that made America the greatest country in the world.

It won’t be easy to pass a third trillion dollar or more spending bill, with or without Republicans. In the coming weeks, listen closely to the Left. If they start screaming to end the Senate filibuster, it’s a sure sign that Biden’s ultimate goal of overhauling and transforming America’s economy is likely to fail.

In the meantime, sit back and enjoy the show.