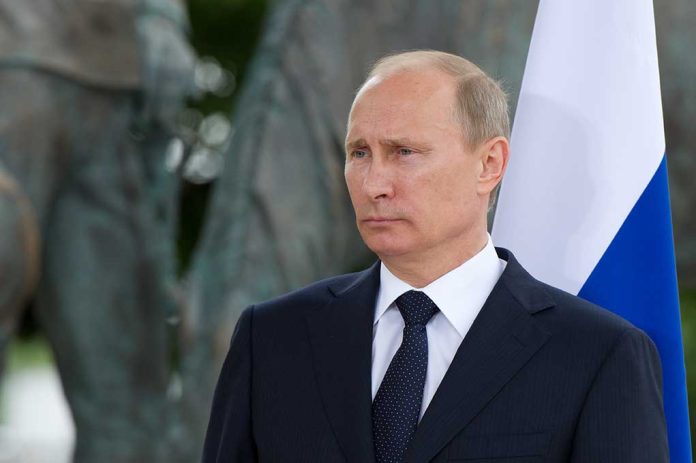 (RightWing.org) – Russian President Vladimir Putin increasingly faces opposition over the war in Ukraine as the conflict enters its second month. On Wednesday, March 23, news outlets reported one of Putin’s closest and longest-serving advisors stepped down and fled the country.

Russian climate envoy Anatoly Chubais has become the highest-level official to break with the Kremlin over the invasion of Ukraine https://t.co/pI0gW6z48J pic.twitter.com/10ZoUQxuEu

Sources close to Anatoly Chubays said he stepped down over concerns regarding Putin’s decision to invade Ukraine. He may have offered further insight into his departure the previous week through a Facebook post commemorating what would have been former Russian/Soviet economist Yegor Gaidar’s 66th birthday.

Chubays wrote although he disagreed with Gaidar over Russia’s future, “Gaidar understood the strategic risks” better than he did, “and I was wrong.” His remark was an apparent reference to Gaidar’s 2006 novel “Death of an Empire,” which warned of Putin’s nostalgic inclinations regarding the USSR’s imperial past. 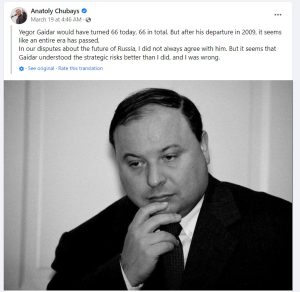 Elvira Nabiullina, a governor for the Russian Central Bank, attempted to step down from her position later the same day. However, Putin reportedly rejected her resignation, according to unnamed inside sources.

Nabiullina didn’t offer any explanation for her resignation, but the Central Bank’s press office told Russian state media her reasoning didn’t comport with “reality.” She has served as a governor since 2013, and Putin had recently renominated her for an additional 5-year term.

A Kremlin spokesperson confirmed Chubays’ resignation but offered no other information about his departure.