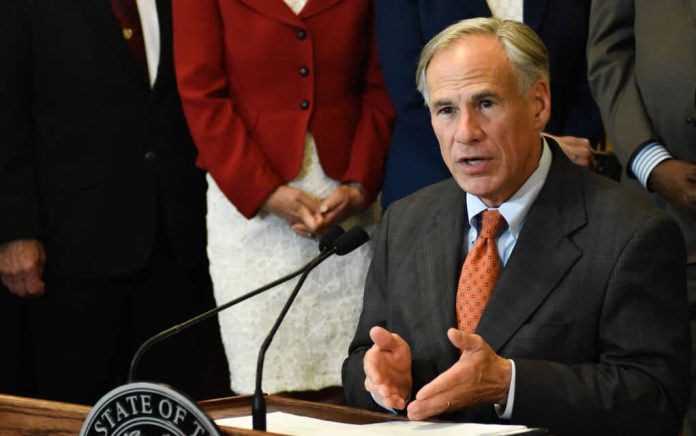 (RightWing.org) – President Joe Biden assumed office on January 20. Ever since, he aggressively moved to destroy the fossil fuel industry in his dogged pursuit of fighting climate change. With the swipe of a pen, thousands upon thousands of jobs are expected to be lost. The cost of gasoline, electricity, and consumer goods is likely to rise significantly over the coming months as oil and gas supplies are squeezed through government mandates.

One governor believes Biden is going too far and is exceeding his authority. On January 28, Texas Gov. Greg Abbott issued an executive order (EO) of his own, giving state agencies authorization to sue the federal government. Texas is the number one producer of oil and natural gas in the United States. It’s also the largest energy producer and consumer in the nation.

Texas Ready to Defend Itself

Few states stand to be hurt by Biden’s EOs more than Texas. The state intends to defend itself, its top industry, and the thousands who work to make both the state and the nation energy independent.

However, the Texas EO does much more than just authorize state agencies to sue the federal government for overreach. In waging war against the energy sector, Abbott is signaling that Biden also declared war against the state, its workers, and citizens through its Green New Deal policies. Texas’ top elected official said the energy industry is vital to the state’s economic growth and livelihood of its citizens. Without the industry’s royalty revenues, Texas could lose out on billions of dollars every year that go towards schools and education, roads, and other important services to citizens.

An argument that Biden and his administration officials continually make is their policies will create other jobs for fossil fuel workers. They claim their ideas will bring about a cleaner environment while offering workers better pay through good union jobs.

However, that’s assuming highly trained, experienced labor workers who have good livelihoods want to pursue a different path. On the campaign trail, Biden said energy workers could learn how to “code” if they lose their jobs. His choice of words and recent actions were condescending to American workers who create the energy the nation demands — energy renewable sources alone cannot provide.

It’s forcing energy policymakers to rethink their experiment. Texans seem intent on not allowing this failure to happen in their state.