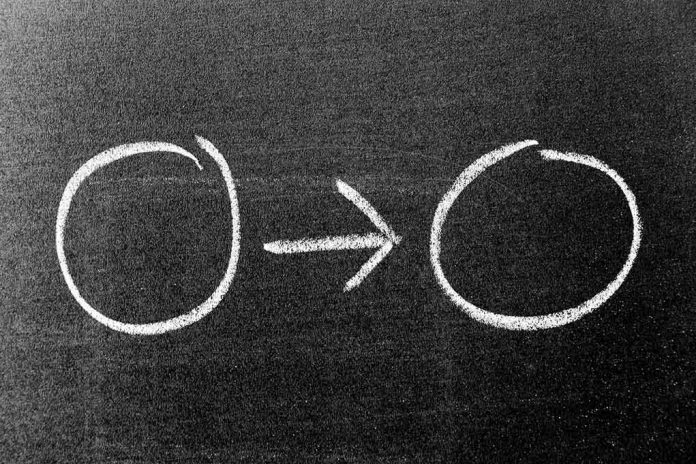 (RightWing.org) – Democrats continue to concoct one issue after another in a vain attempt to show Progressive voters they are doing something meaningful for them. Over the last year, Democrats have moved to the far-left, and what do they have to show for it? One bipartisan infrastructure deal and a partisan COVID-19 relief package that leading economists in their own party say is the root cause of the inflation crisis gripping America.

On Thursday, December 16, it appeared Joe Biden’s Build Back Better proposal went down in flames, at least for the remainder of 2021. Desperate to concoct something to run on in 2022, the razor-thin Democratic majority is bracing for a fight over a radical and phony election reform proposal that would centralize elections in Washington, DC. It’s already failed twice in 2021, and its prospects aren’t any better heading into 2022.

So, here we are again, having a familiar discussion. Democrats are loudly screaming that if they don’t enact election reforms, it’s the end of Democracy in America. They keep going back to a dry well to quench their thirst for power. It’s hard to understand their rationale.

Democrats somehow believe legalizing drop boxes, expanding early voting and voting hours, only allowing the voter to present a ballot, and streamlining mail-in voting in GOP-led states is a threat to democracy. In particular, drop boxes weren’t even codified in law in 2020 when some Democratic governors and unelected officials installed them unilaterally.

It’s far from a threat.

What Are the Democrat’s Objections Really About?

It’s pure rhetoric. Democrats have made these allegations before, sued, and lost in Arizona and Georgia. A federal Appeals Court and the US Supreme Court (SCOTUS) said there was no proof GOP-led state election reform laws suppressed voting rights or violated any federal laws.

In November, the Department of Justice (DOJ) sued Texas in a rinse-and-repeat case about gerrymandering the courts refused to get involved with over the last few years. Plus, if the courts do accept the case, Texas is likely to argue not only are they following the Constitution, so are Democratic strongholds in Illinois, New York, and other Democratic states squeezing Republicans out. Interestingly enough, the Nevada Democratic-led legislature and governor agreed to a redistricting map squeezing out two of their own Democrats, and they are up in arms. Will Democrats sue Democrats next? That would be juicy.

So, why are Democrats really up in arms? It’s about control of the House for the next decade. It’s about the Left losing its agenda to transform America radically. All they have left is empty rhetoric heading into the 2022 midterm elections. The Democrats’ argument that democracy is lost if they don’t pass an election reform bill is nothing more than a seed to continue dividing Americans for political purposes.

Another Attempt at Failure

How many times can Democrats try to pass the same failing bill in a razor-thin House majority and an evenly divided Senate? The only thing holding the Left back are Sens. Joe Manchin (D-WV) and Kyrsten Sinema (D-AZ). Both oppose ending the 60-vote limit filibuster some Democrats either want to eradicate or make a one-time exception regarding the voting rights bill.

For a year, Manchin has been firm in his stance he would only agree to a change in Senate rules if there is bipartisan support. Sinema’s position is much firmer; she won’t agree to change the filibuster rules. The Arizona Senator argues changing the filibuster or eliminating it would work against Democrats long-term. Today, it’ll get their way. In a few years, Republicans will use the same rules to rescind Democrats’ legislation in favor of their own, and Democrats would be powerless to stop them. It would be followed by a reversal every few decades by both parties, so all that’s left is confusion and intensifying divisions among lawmakers and Americans.

As long as those two Senators hold firm, and it appears they are, radical voting reform isn’t going to pass the Senate for the third time. Biden knows this, the White House knows it, and so do Congressional Democrats.

This legislation isn’t about voter reform or voter rights. It’s about Democrats losing power and attempting to protect themselves from the red tsunami growing ahead of the 2022 midterm elections.