Lawrence Brooks, who is believed to be the oldest surviving participant of WWII, just celebrated his 110th birthday! A special ceremony was held at the National WWII Museum in New Orleans in Brooks’ honor. His friends, family, and other service members attended the party, graciously put on by the museum’s staff.

Brooks served in the 91st Engineer Battalion, which was stationed in New Guinea and the Philippines, and ended the war as a Private 1st Class. He’s father to five children, five step-children, and has contributed to the museum’s goal to create oral records of WWII soldiers’ experiences.

Join us in praying for Lawrence Brooks’ good health so that he may reach the ripe age of 111! 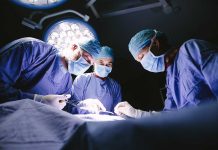 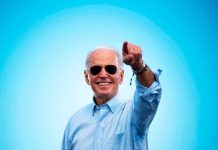 Joe Biden to Bring Even MORE Migrants Into Country Despite Border...

Trump to Visit Border During Crisis as Kamala Harris Turns Her...