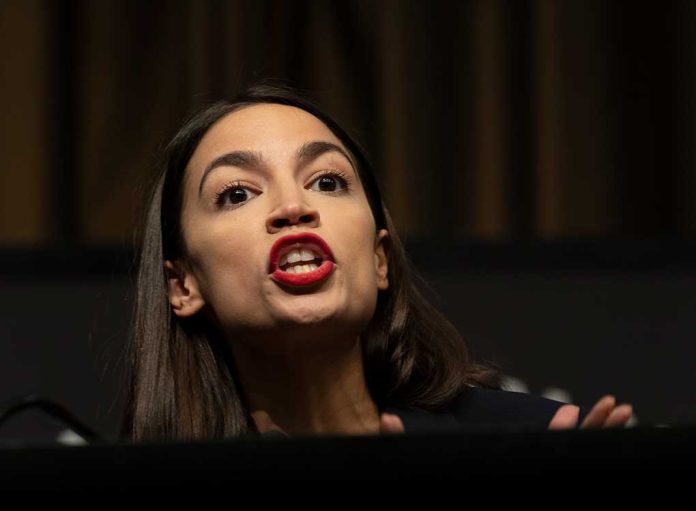 (RightWing.org) – The mainstream media are focusing on tensions in the GOP after the midterm elections, but it turns out the Democrats are having their own issues. A far-left congresswoman is now locked in a feud with a fellow Dem who lost his seat last week.

.@RepSeanMaloney on soon to be former colleague @AOC:
“The last time I ran into A.O.C., we were beating her endorsed candidate two to one in a primary, and I didn’t see her one minute of these midterms helping our House majority.”

While the Democrats managed to keep control of the Senate last week, they did suffer losses. One casualty was Representative Sean Patrick Maloney (D-NY), who headed up the Dems’ campaign committee but lost his own seat to GOP rival Mike Lawler. Now, Maloney says some blame for his defeat rests on ultra-progressives like Representative Alexandria Ocasio-Cortez (AOC) (D-NY).

According to Maloney, AOC — who backed a left-wing candidate against him in the Democratic primary — did nothing to help the party hold on to its House majority. He said she had “almost nothing to do” with the party’s unexpectedly strong performance. He said Democrats needed to be listening to other people, “especially when suburban voters have clearly rejected the ideas that she’s most associated with, from defunding the police on down.”

AOC has responded furiously to Maloney’s allegations. She claims Maloney asked her to donate money to tight races, and that she had worked to get out the vote in districts Maloney had abandoned. She says the problem is Moderates are ungrateful for the help she gave them, and say her extreme policies are scaring off voters. Considering that the Democrats lost four seats in New York, they might have a point.