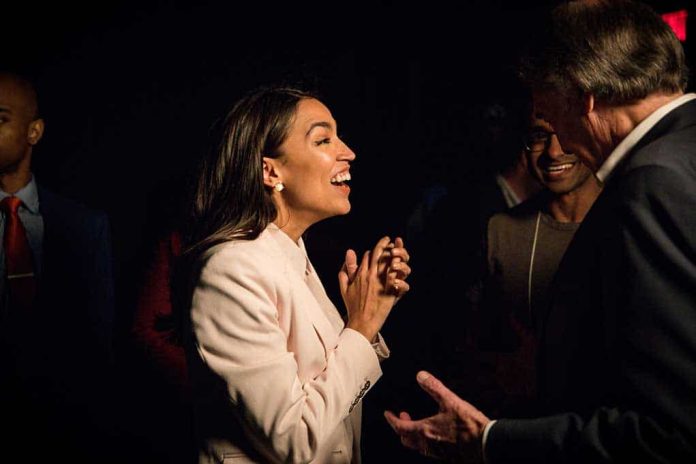 (RightWing.org) – Democrats seem hellbent on the idea of taking down Republicans by alleging they exaggerate or misrepresent the truth. Their February 4 vote to remove Rep. Marjorie Taylor Greene (R-GA) from House committees is a perfect example of that pattern.

On the other hand, New York Democrat Rep. Alexandria Ocasio-Cortez (AOC) can get away with anything. For instance, she posted an Instagram Live video that contained several inconsistencies regarding her experience during the January 6 riot at the US Capitol Building.

She claimed she had a “close encounter” with death that day. As several Twitter users pointed out, she admitted in a follow-up message that her near-death experience resulted from a Capitol Police officer advising her to evacuate from her office. It seems the officer appeared and frightened her.

Several Twitter users also pointed out that her office is located in the Cannon Building — not the Capitol Building. Eventually, #AlexandriaOcasioSmollett began trending, a reference to how now-disgraced former “Empire” actor Jussie Smollett set off a firestorm when he falsely claimed he was the victim of a hate crime.

If you still don’t understand AOC is controlled opposition used by the Dem party to rebrand progressives as the new liberals here is what she’s focused on ínstead of helping people. pic.twitter.com/ygmxWK6o5H

As one might expect, Democrats had nothing to say about her false claims. On the other hand, Team-AOC sent out an email asking her supporters to report any tweets criticizing her. #TrueStory