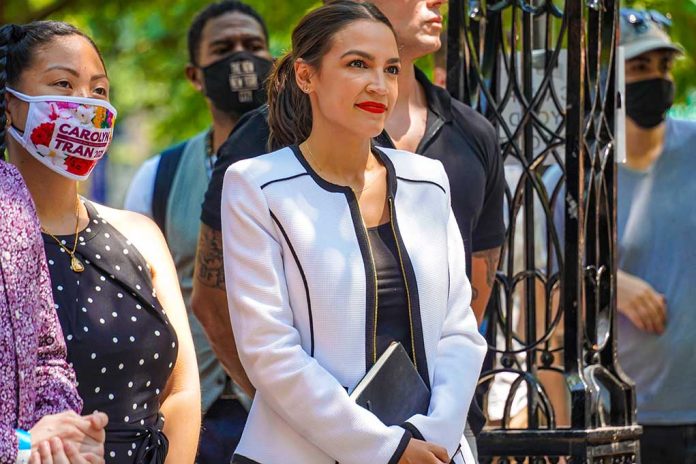 (RightWing.org) – Many Democrats have decided it’s time for the 81-year-old Speaker of the House of Representatives to step down, and they’re willing to remove her if she doesn’t go under her own steam. One prominent left-winger is being coy about her plans, though.

In a New Yorker interview published on February 14, the reporter asked Representative Alexandria Ocasio-Cortez (D-NY) if she thought Pelosi should continue as Speaker or face removal. AOC is rarely shy about giving her opinion whenever it’s asked for – or even if it isn’t – but this time, she was evasive. She said this was “such a delicate moment,” claimed US democracy was under threat, and said while “there’s going to be a generational change in leadership,” the timing would depend on the circumstances.

MILQUETOAST MALARKEY: AOC blasted for 'bulls—' answer on if it's time for Pelosi to give up the gavel before it's too late https://t.co/5ZM2AJN8Be

AOC says she’s disappointed in the Democrat leadership because they’re reacting to what the public thinks instead of responding, although she wasn’t too clear on how the difference would look. For example, she claimed the party had backed away from the “defund the police” movement because of public opposition.

Pelosi is part of the Democrat leadership AOC is so critical of, but now she’s refusing to commit to voting for her removal. Why is that? Has she become used to the privileges that come with being in Congress and decided she’s willing to compromise her radical socialist principles to help her political career?