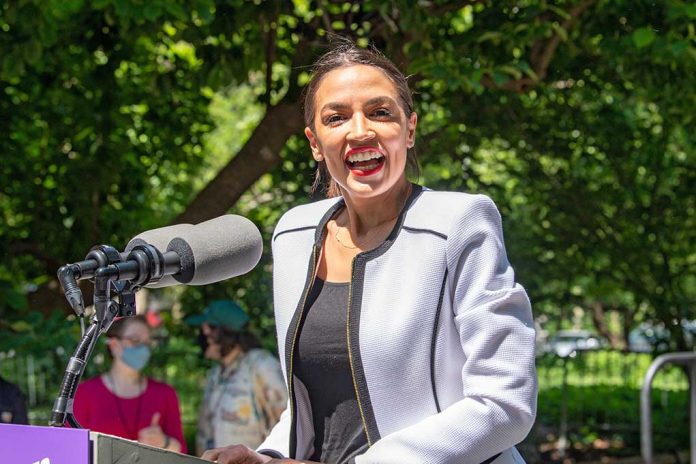 (RightWing.org) – Conservatives and moderates are already despairing at President Biden’s clueless administration. Now, ironically, even the Left is turning on him. One of his party’s most radical congresswomen has publicly condemned his nomination for ambassador to Japan.

On September 1, Representative Alexandria Ocasio-Cortez (D-NY) issued a statement slamming Biden’s nomination of Rahm Emanuel, a former Chicago mayor and White House chief of staff, as America’s ambassador to Japan. In the fiery statement, AOC accused Emanuel of “covering up” the murder of 16-year-old Laquan McDonald by a Chicago cop in 2014, when Emanuel was mayor.

In AOC’s opinion, Emanuel wasn’t quick enough to release dashcam video that showed officer Jason Van Dyke shooting McDonald in the back after the suspect, who had PCP in his bloodstream, had just attacked a police car with a knife.

Statement on the nomination of Rahm Emanuel as ambassador to Japan ⬇️ pic.twitter.com/5CW861pd7k

Whether Emanuel is a suitable candidate for the ambassadorship is for the Senate to decide. However, maybe AOC calling him out isn’t ironic after all, as it seems she knows a thing or two about covering for people.

AOC’s own Democrat faction, the so-called “Squad,” is busy covering up its own issues. Representative Rashida Tlaib (D-MI) is attacking the Israeli government over the shooting of a Palestinian woman who drove her car at Israeli soldiers, then tried to stab them.

On August 30, Tlaib sent a tweet describing Mai Afana as “a mother, loving daughter & successful Ph.D. student.” Yet, Tlaib completely forgot to mention Afana was also a terrorist. It’s the latest in a long string of anti-Semitic slurs from the “Squad,” and AOC has tried to bury or deny all of them.

Could this be a case of the pot calling the kettle black?