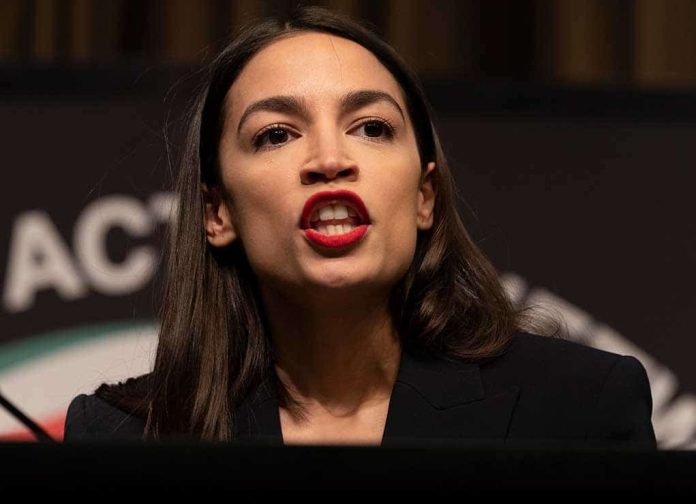 (RightWing.org) – It seems the Democrat Left is forgetting what “conservative” means. Motormouth congresswoman Alexandria Ocasio-Cortez (D-NY) has just criticized Republicans for being “afraid of change.” And in some ways, she’s right because Conservatives are people who know change for its own sake isn’t a good idea.

AOC: Republicans are 'upset about a changing country' – HELL YES!! BECAUSE YOU ARE DESTROYING IT WITH YOUR CHANGES!!!
https://t.co/vWBIEPrBXr

At an October 20 virtual panel meeting on the Biden administration’s massive spending plans, AOC was asked why Republicans are so opposed to the $3.5 trillion splurge being pushed by far-Left Dems. She replied Republicans are “upset about a changing country” and went on to boast about “increased class consciousness and racial consciousness” as two of the objectionable changes Conservatives are against.

AOC claims “scared and angry” Republicans are “doing absolutely everything possible to… disenfranchise the very people and communities who have the power of changing this country for the better.” In fact, Republicans don’t believe that spending $3.5 trillion we can’t afford and making millions of people dependent on government handouts is changing the country for the better. Instead, they believe it’s moving the US closer to the kind of Socialist system that destroyed Venezuela, Cuba and a dozen other once-thriving countries.