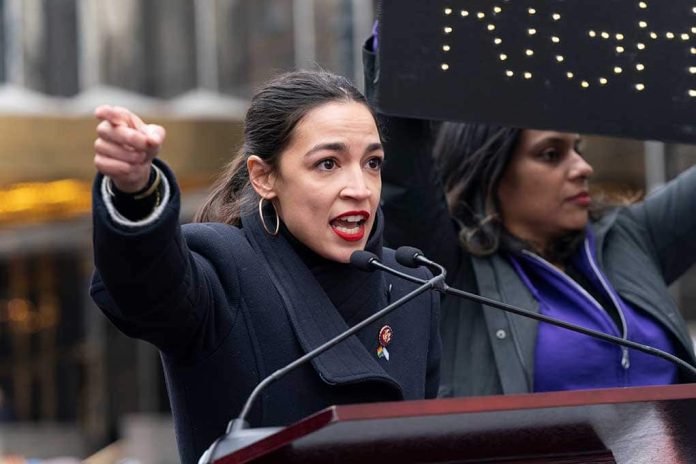 (RightWing.org) – A radical congresswoman has launched a bizarre attack on Olympic anti-doping tests, calling them “racist and colonial.” The unhinged outburst follows the disqualification of an American athlete who tested positive for marijuana.

NEW: @AOC and @RepRaskin penned a letter to @usantidoping & the World Anti-Doping Agency, urging them "to reconsider [Sha’Carri] Richardson’s suspension."

"The divergent treatment of recreational alcohol and marijuana use reflects obsolete stereotypes about cannabis products." pic.twitter.com/bwCtEAbkYx

On July 2, the US Anti-Doping Agency announced that sprinter Sha’Carri Richardson had been given a one-month suspension after testing positive for banned drugs. The suspension means Richardson, one of the world’s leading speedrunners, will be stripped of her 100-meter dash win last month in the US trials – and she’s banned from competing in the Tokyo Olympics, where she’d been widely expected to win a gold medal.

Richardson isn’t contesting the drug test; she admits to, and apologized for, having smoked marijuana a week before the US trials. However, Representative Alexandria Ocasio-Cortez (D-NY) is making a fuss on her behalf now. In a joint letter with Representative Jamie Raskin (D-MD), she complained that the Olympic ban on drug use has “an ugly history of systemic racism” and is based on policies that condone drug use by White people. Whatever AOC says, though, Richardson knew the rules, decided to break them, and is now paying the price – just like hundreds of White athletes have done.