(RightWing.org) – Radical congresswoman Alexandria Ocasio-Cortez (D-NY) took to Twitter on Monday night, October, 26, with an astonishing whine about how Republicans see her party. Starting with a demand to pack the Supreme Court with liberal justices, AOC went on to complain that Republicans “don’t believe Dems have the stones to play hardball like they do.”

Republicans do this because they don’t believe Dems have the stones to play hardball like they do. And for a long time they’ve been correct. But do not let them bully the public into thinking their bulldozing is normal but a response isn’t. There is a legal process for expansion.

AOC and Representative Ilhan Omar (D-MN), a fellow member of her so-called “squad,” are two of the loudest voices demanding an expansion of the Supreme Court, but plenty more Democrats support rigging SCOTUS with extra justices. Omar called the court a “broken system” and at least two senators – Christopher Coons (D-DE) and Angus King (D-ME) have also called for court-packing.

So you lost and now, like a child, are pouting because you lost. When are you up for re-election?

Many people on social media hit back hard at AOC’s court-packing tantrum. Multiple commenters accused her of wanting to change the rules because she didn’t get her way. Some pointed out she was reacting emotionally and even pouting like a child.

Casting your vote is the only way to make your wishes about court-packing and other important issues heard. Don’t forget to get out and vote on November 3. 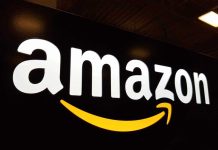 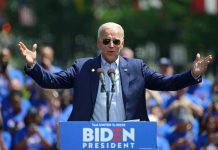