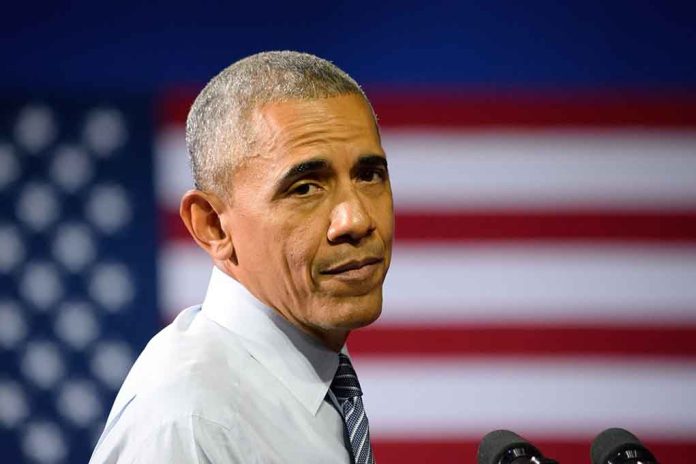 (RightWing.org) – On April 21, former President Barack Obama gave the keynote speech at a Stanford University symposium on disinformation. The speech followed last Tuesday’s announcement that the Obama Foundation launched a campaign to fight “a media environment that elevates falsehoods as much as truths.” However, Obama is already facing pushback over his own record of telling the truth.

In 2013 Politifact gave Obama its “Lie of the Year” award for claiming, “If you like your health care plan, you can keep it,” during the battle over the Affordable Care Act. In the end, more than four million Americans saw their plans canceled thanks to Obama’s law — and the Obama administration knew that would happen. At the time, even liberal journalists pointed out that the president had lied. That doesn’t really fit in with a crusade against fake news.

The President who told Americans "if you like your plan, you can keep your plan" is lecturing us about disinformation. https://t.co/YlEvMzhpse

Obama was joined at Stanford by civil rights campaigner Rashad Robinson of Color of Change. Robinson supported actor Jussie Smollett’s 2019 lies about being the victim of a racist attack. That was fake news too.

Stanford moderator Renee DiResta is a former adviser to AET, a tech company that created bot accounts to influence a 2017 Alabama Senate election. DiResta claims she didn’t know what tactics the company was using — but she had a seat on its board. Her commitment to honest journalism doesn’t seem solid either.

Obama says the right things, but when he’s spread fake news himself and surrounds himself with people who’ve done the same, how trustworthy is he? Does Obama really want honest media, or is he looking for media that will push his ideologies?