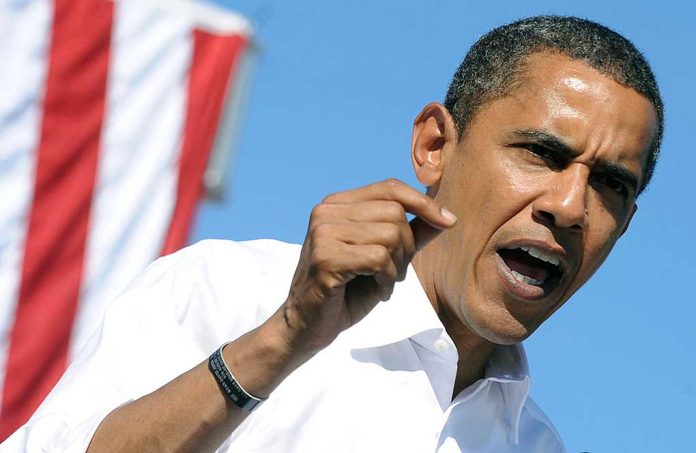 (RightWing.org) – On Tuesday, January 11, President Joe Biden traveled to Georgia to give a speech promoting filibuster reform to force through the Democrat’s beloved Freedom to Vote Act and the John Lewis Voting Rights Advancement Act. Former President Barack Obama followed up with the publication of his first opinion piece since leaving office roughly five years ago. As one might expect, he played the race card.

USA Today published Obama’s op-ed on Wednesday, January 12. He began by trashing former President Donald Trump and his supporters for questioning the outcome of the 2020 presidential election. Continuing his rant, Obama claimed that legislators in 49 states introduced hundreds of election measures to suppress the votes of racial minorities, low-income voters, and others.

From @BarackObama in his first column since leaving the White House:

Moving in for the kill, Obama raved about the filibuster’s history. According to Obama, the Senate procedure rose to prominence with Southern senators intent on blocking civil rights measures. He also said his conservative counterparts used the filibuster to prop up Jim Crow laws.

For those unfamiliar with the term, Jim Crow laws were antiquated statutes that legalized racial segregation. Although lawmakers haven’t enacted or enforced the measures since the late 1960s, leftist politicians like Obama like to throw around the term as a method of invoking the race card.

In the meantime, Moderate Senator Kyrsten Sinema (D-AZ) put the good for the country first when she basically killed Democratic hopes of modifying or blowing up the filibuster during a Senate floor speech on January 13.