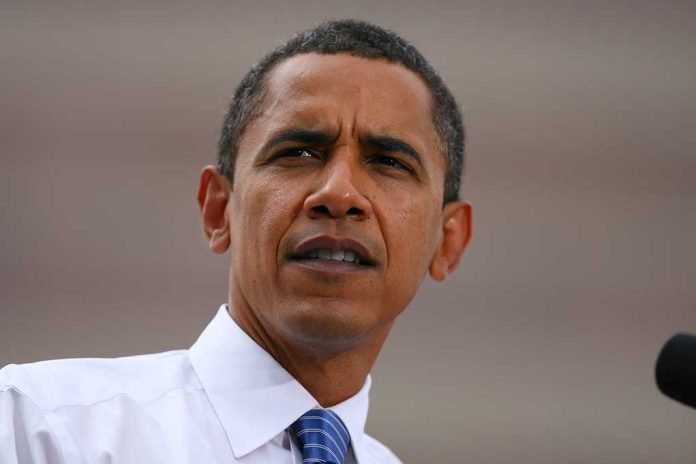 (RightWing.org) – Many Americans are struggling with the cost go to work. Gasoline is at an all-time high, food prices continue to explode, and virtually everything Americans buy is getting more expensive — it is unlikely to end anytime soon. On Wednesday, April 12, the US Bureau of Labor Statistics (BLS) reported inflation rose to a whopping 8.5% in March. Helping drive the problem is strong consumer demand and supply constraints.

Yet, there’s much more to the story. According to former Obama Treasury official and economist Steven Rattner, the debate over whether inflation is transitory, temporary, or its root cause is over. Once again, he directly blamed the Democrats’ out-of-control spending as the country emerged from the pandemic in March 2021 and the Federal Reserve’s overpumping of the economy. The end result could be a recession by election time. Is tackling the federal deficit the answer?

Rattner Explains the Root Cause of Inflation

In a New York Times op-ed, Rattner explained the root cause of inflation and the painful fix. The economist said inflation was already a problem before the Russian invasion of Ukraine, suggesting the White House argument that Putin’s price hike was responsible was part of the blame game.

So, what sparked inflation? Rattner said the cause was too much demand coming out of the pandemic relative to the supply of goods. What sparked the demand was the $1.9 trillion American Rescue Act Democrats passed on a party-line vote in March 2021. The former Obama Treasury official said it would go down as an extraordinary policy mistake.

Here’s why. Not only did Democrats flood $1.9 trillion into the economy, but the Federal Reserve also pumped trillions of dollars on top of it into the US economic system. That created massive consumer demand from people tired of lockdowns and ready to move on with their lives. Yet, there wasn’t enough supply of products or services to meet the demand, so prices shot through the roof.

There’s Only One Way to Correct Inflation

According to Harvard professor Jason Furman, Americans still have $2.3 trillion in savings above pre-pandemic levels thanks to COVID stimulus programs that consumers still have not spent. When people do spend the money, it’s going to make matters worse.

The Federal Reserve’s only tool to control inflation is to raise interest rates. Rattner believes the Fed is already too far behind the inflation curve. To solve it, he said the Fed would need to raise interest rates higher than the inflation rate. In turn, that will slow the economy as homes, cars, credit card usage, and products become more expensive. So, the Federal Reserve will seek to control demand instead of supply to balance the economy.

Rattner said the Biden administration is taking the opposite approach. They want to increase the supply side of the equation. Rattner said the flaw in that approach is that it will take too long to bring manufacturing levels up. It could be 2025 before that happens. Will they continue to follow that approach, or adopt a more immediate corrective measure?

The danger for the Fed is once it starts raising interest rates, it could tip the US economy into a recession. There is already talk that the more dangerous stagflation could set in. Regardless, there is little policymakers or lawmakers can do at this point to avert a recession, according to Rattner.

Still, the famed economist said Congress should follow Sen. Joe Manchin’s (D-WV) lead and start tackling the deficit to drive down inflation pressures on the economy.

Will Democrats go for that? Based on the actions of several Democratic lawmakers over the last two years, don’t count on it.