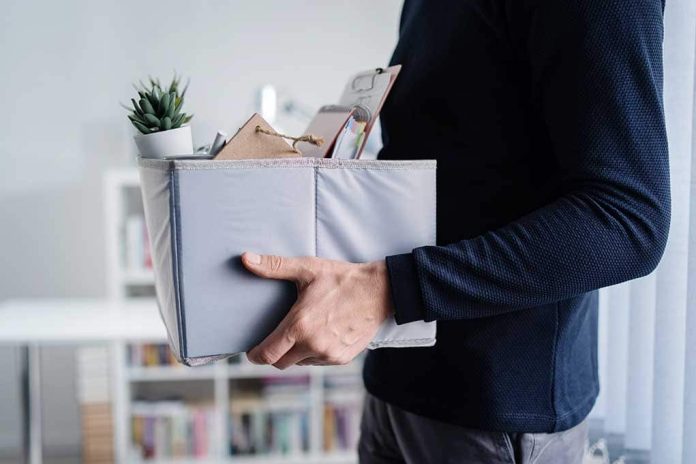 (RightWing.org) – A Manhattan high school teacher ran up against the limits of free speech in Biden’s America after criticizing his school’s teaching of ultra-woke critical race theory. It seems racial segregation, thought policing and censorship are in; saying what you think is out.

A few weeks ago, Paul Rossi, a math teacher at Manhattan’s Grace Church High School, was forced to participate in a racially segregated video conference for White students and staff. The conference topic was White supremacy, and Rossi was bold enough to question the emphasis on race and the negative attitude towards Whites.

Although many students said they found the conference helpful, the school’s administration immediately attacked Rossi. All of the high-school advisors were ordered to read out a communist-style denunciation of him in every classroom, and the head of the school told him the school wouldn’t renew his contract unless he agreed to unspecified remedial training. Instead, Rossi wrote a hard-hitting piece for former New York Times journalist Bari Weiss about the enforced conformity at Grace Church High.

The school fired him. Remember when this used to be the Land of the Free?