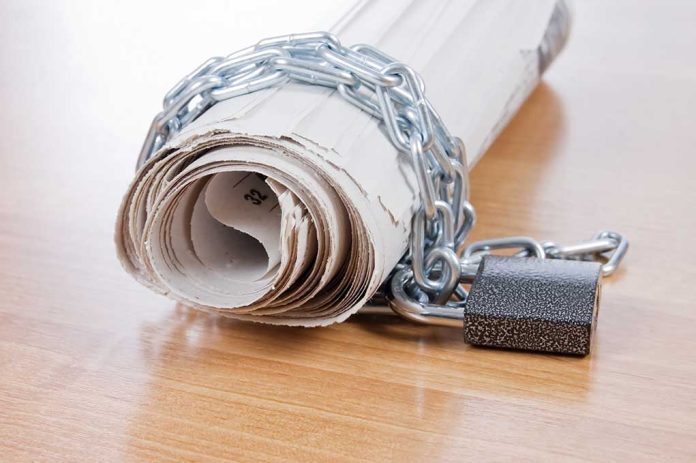 (RightWing.org) – Is America’s liberal news media due for a reckoning? On Friday, March 19, a US Federal Appeals Court Judge wrote in a dissent that today’s media is nothing more than an extension of the Democratic Party. He said the US Supreme Court should remove a 1960s strict standard in New York Times v. Sullivan that requires intentional malice to be proved. The judge said the ruling wrongly shields the media when they misinform, lie, or act overtly partisan.

On Monday, the New York Supreme Court gave Project Veritas (PV) a major victory over the New York Times in a defamation case. It’s barely been mentioned in the media. The 16-page decision ruled against a request by the newspaper to dismiss the case. The ruling is a clear shot over the bow of the media and could create widespread reach.

Malice at the Heart of the Matter

New York Supreme Court Justice Charles Wood denied a motion to dismiss, saying that Project Veritas provided enough evidence that the New York Times might have acted in “actual Malice” and “reckless disregard” in articles written by two reporters against Project Veritas. The ruling opens the door to legal discovery and a civil trial.

Justice Wood went out of his way to say the New York Times blurred the line between fact and opinion. PV argues the video speaks for itself and is admissible as proof of fact. Despite the evidence, the Times argued the articles were “deceptive,” “false,” and “without evidence.” However, the judge disagreed. He said the Times’ argument was “mere opinion incapable of being judged true or false.” He added that the writers are obligated to inform the reader that what’s written is his or her opinion.

Due to the Times’ failure to do so, Wood said the “Plaintiff is entitled to try to establish whether NYT’s writers were purposely and/or recklessly inaccurate, or whether they were inaccurate, sloppy, or something less.”

Shot Across the Bow

Many in the media should see this ruling, and the previous dissent by the federal judge in a separate case, as warning shots across the bow as the media emphasizes narratives over news. While polls show Americans no longer trust the media, the courts could start playing a role if the legal system decides that “actual malice” is being weaponized in journalism.

Stay tuned. This is an evolving case.