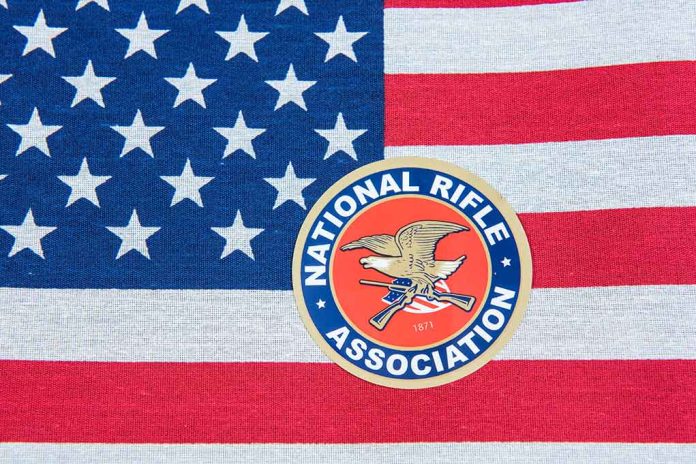 (RightWing.org) – In the wake of numerous mass shootings over the last several months, a bipartisan group of 20 senators is racing to finish legislation they hope will help solve the problem. On Sunday, June 12, the evenly divided group of Democrats and Republicans announced a framework for potential legislation.

While the Senate works to codify a bill into law, the National Rifle Association (NRA) issued a statement on the bipartisan framework. One of America’s most influential lobbying groups regarding the Second Amendment, the NRA, said it hopes to see real solutions that will stop violence across America. Still, many questions abound about the framework, and it’s entirely possible that if at least one proposed provision by lawmakers makes it into law, challengers will likely file lawsuits in federal court.

NRA Position on Agreed Upon Framework

So, what’s in the proposed framework? The bipartisan Senate group agreed that more scrutiny should be added for those under 21 who want to purchase an assault weapon. In addition, the group decided to add a domestic violence restraint order to the list of items in a criminal background check, provide incentives for states to pass red flag laws, increase spending on school security, and add resources for mental health care.

In a statement released by the NRA after senators announced the bipartisan framework, the gun rights advocacy group said it strongly supports elected officials finding resources to secure schools and fix the nation’s broken mental health system and law enforcement.

Still, the organization said it wouldn’t make its position known regarding a broad framework. Instead, the group said it would reserve judgment until it sees the specific details lawmakers place in the legislation and the full text is available for review.

Gun rights legislation is always a tricky proposition. Yet, in this framework, the concern appears to be mounting around red flag laws. In 2018, a University of Michigan study concluded that red flag laws didn’t decrease homicides or suicides. Instead, they may actually increase them as people fear the government will take their possessions from them. Researchers concluded that policymakers should look for other solutions to solve the gun violence epidemic.

The most significant issue with red flag laws may be the US Constitution and Supreme Court (SCOTUS). In 2021, the court ruled unanimously in Caniglia v. Strom that red flag laws violated one man’s Constitutional rights; among them were the Second and Fourth Amendments. In particular, the court ruled that law enforcement had no right to enter a person’s home to confiscate a gun without a search warrant, violate due process rights, and couldn’t assume a person was guilty of a crime before one occurred.

So, if red flag law incentives are granted by lawmakers in a final bill, it is likely to be challenged in court. The NRA could be at the forefront of the legal challenge as it noted in the press release it would fight to protect due process protections and against those who deprive citizens of their rights to defend themselves.