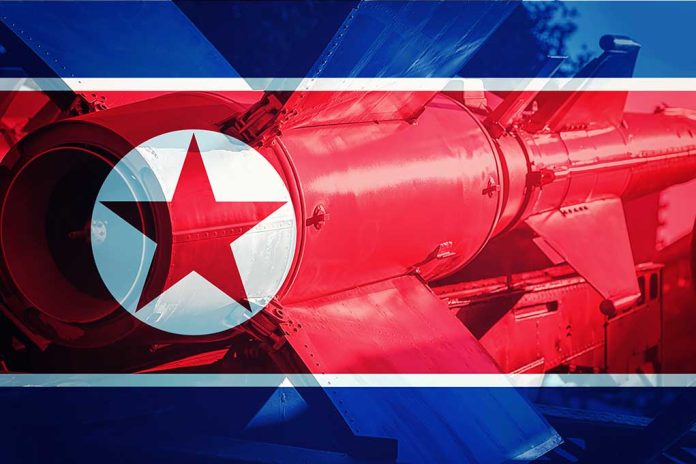 (RightWing.org) – Barack Obama took a hands-off approach when dealing with the Democratic People’s Republic of Korea (North Korea). His “strategic patience” failed to halt or even slow down its development of weapons of mass destruction. The Biden administration appears to be taking a similar approach to the Communist country. On February 25, The Washington Post warned him that a repeat of Obama’s approach wouldn’t work.

Lo and behold, a new satellite image revealed recent steps by North Korea to conceal a facility believed to be in use to store nuclear weapons. Captured in mid-February, the imagery shows the recent construction of new structures at the regime’s Yongdoktong site.

What's hiding in this image could end life on earth as we know it. #9Today https://t.co/K0ugcLjaRN

Donald Trump took a no-nonsense approach to dealing with North Korea. Perhaps it’s time for Biden to take a page out of his playbook and get serious about blocking its nuclear efforts before it’s too late.