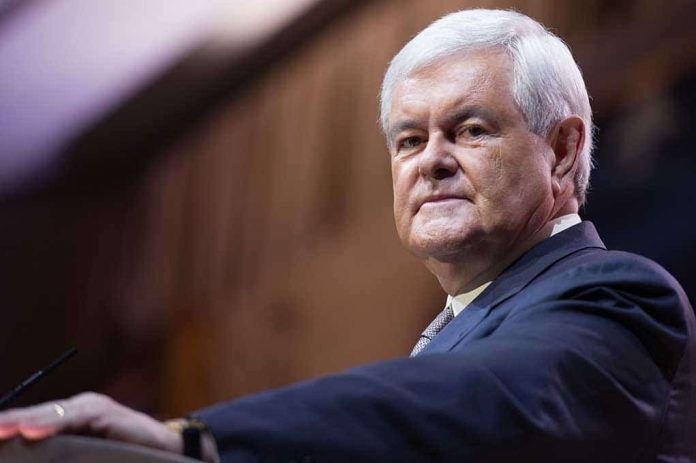 In one instance, a group of Manchin’s constituents chased him down on his houseboat using kayaks. Most recently, a group of undocumented aliens and radicals forced Simena to flee to a public restroom to avoid their onslaught of demands.

On Monday, October 4 Gingrich told Fox News host Sean Hannity that the incidents demonstrated the willingness of the “totalitarian left” to play with fire. As Gingrich explained, average Americans are tired of being “brow-beaten” by a pack of “crazy left-wing” extremists.

Continuing, the former speaker told Hannity there are “a lot more” rational Americans than there are “crazed radicals.” He finished that portion of the interview by predicting if mainstream Americans ever decided to “respond in kind,” the Democrats would “be gone,” presumably a reference to upcoming elections.

Gingrich should know. After all, he led the 1994 Republican Revolution, which resulted in the GOP picking up an unprecedented 54 seats in the House and 8 in the Senate.