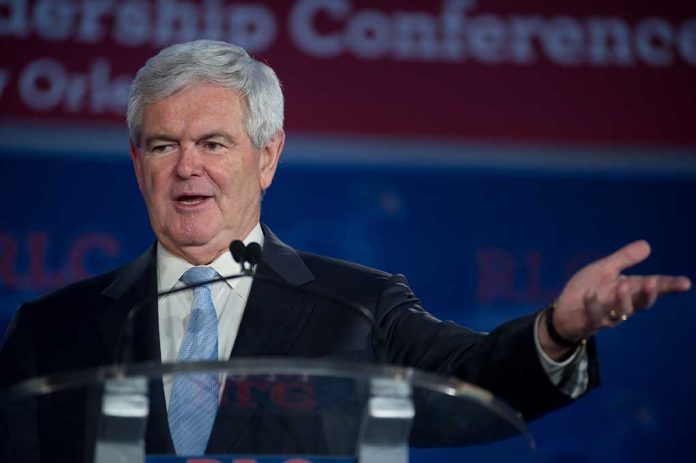 (RightWing.org) – Former House Speaker Newt Gingrich (R-GA) remains well-known as a shrewd politician. He led the Republican Party to victory in the 1994 midterm elections, with the GOP picking up 8 Senate seats and 54 in the House. Gingrich recently reached across the aisle to commend President Joe Biden for his strong position on protecting Taiwan.

On Monday, May 23, President Biden held a joint press conference with Japanese Prime Minister Fumio Kishida at Tokyo’s Akasaka Palace. The topic of recent Chinese aggression toward Taiwan arose during the presser.

A reporter asked Biden if he was “willing to get involved militarily to defend Taiwan” in the event of an invasion. Biden responded, “yes.” The reporter quickly followed up, asking, “You are?”

Biden stated unequivocally that the US would intervene militarily on behalf of Taiwan should China invade its territory.https://t.co/OLHmPggvEE

Biden confirmed his position and reminded journalists that although the US agrees with the One China policy, it also committed to Taiwan to protect it from a military takeover.

Gingrich appeared on “Fox & Friends” later that morning. Fox News host Will Cain asked him what he thought of Biden’s declaration that the US would defend Taiwan. Gingrich responded he thought Biden’s remark “was exactly right.”

The former speaker also said he thought Biden was “trying to be very clear” about the United States’ position “given the mess in Ukraine.” However, he questioned the White House aides’ decision to issue a statement walking back Biden’s remarks. “[Biden’s] the president, they’re not,” he stated.

What do you think of Gingrich’s effort to reach across the aisle? Do you think Biden is capable of returning the favor?