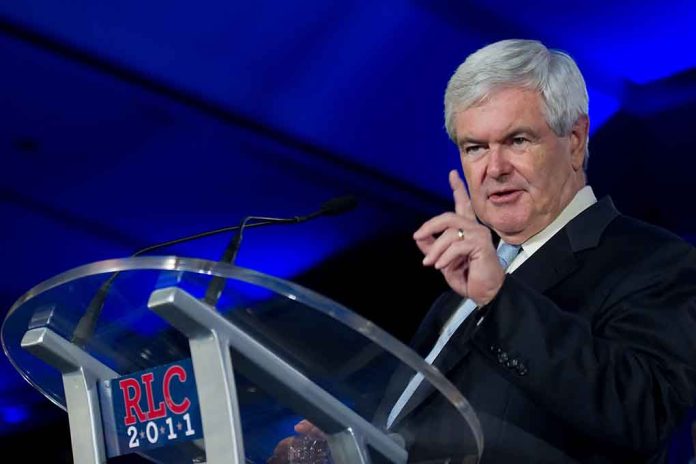 (RightWing.org) – From 1995 to 1999, Newt Gingrich served as Speaker of the House. A potent force, he helped shape the 1994 Contract with America, which helped propel Republicans to hold the majority for the first time in 40 years. He has been known as a sharp political mind with a vigorous pursuit of conservative ideals.

Fast-forward to today, when the midterm elections didn’t go as many Conservatives planned. Republicans failed to capitalize on the economy and other social issues. Instead of earning a sizable majority, House GOP members find themselves in narrow control of the lower chamber, and they failed to flip the Senate. On Wednesday, November 30, Gingrich pointed out a dangerous trend in the GOP that could hurt them even more in 2024.

In a post on his blog, the former speaker warned the GOP it needed to look deeper at what worked and didn’t work in the 2020 and 2022 elections. Ordinarily, the party in power that holds the White House faces strong electoral backlash in an off-year election cycle, which didn’t happen in 2022. He cautioned one of the primary reasons was that the GOP underestimated President Joe Biden.

In September, Biden opened a new political front. He alleged so-called “MAGA Republicans” were a threat to democracy and the soul of America and compared the philosophy behind it to “semi-fascism.” After the November 8 midterms, White House aides stated the president was underestimated and counted out. They claimed the election results were vindication.

Gingrich said by Biden’s definition of success that Democrats had one of the best midterm elections in history. He noted they didn’t pay for their policies that wrecked the economy.

Former Speaker Emphasized Something Must Change Ahead of 2024

The popular conservative noted how he, and many Americans, disapproved of Biden’s job performance. He pointed out that the president’s woke policies undermined America’s shared culture and weakened the country. Despite Conservatives’ discontent and hostility toward the administration and razor-thin majorities in the House and Senate, Gingrich stated he was able to spend trillions of dollars through the passage of extremist legislation.

Gingrich noted Biden’s ability to polarize voters against Trump supporters worked. At the same time, he said the GOP focused on petty issues such as his speech challenges, odd behavior, memory lapses, and other flaws. He articulated that Republicans’ dislike of him and his policies led them to underestimate the president and his fellow Democrats.

According to the longtime political analyst, GOP leaders are not understanding or acknowledging their approach in 2020 and 2022 failed. Gingrich said to defeat big government socialism and prevent Biden from acquiring a second term, Conservatives need to reconsider how they will do it — noting it would be more complicated than he could have imagined ahead of the midterm elections.