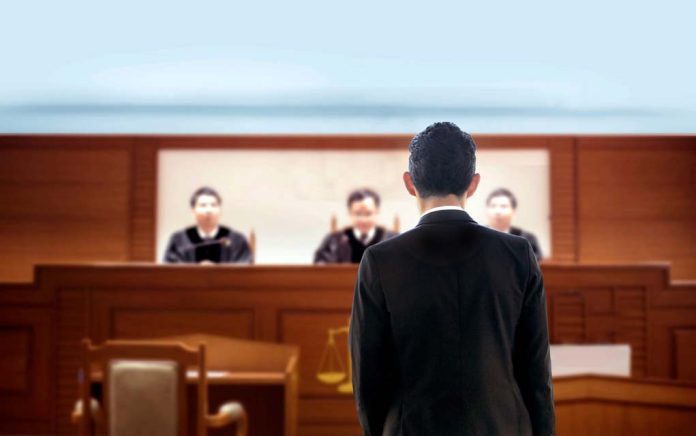 (RightWing.org) – In August, the FBI conducted a search of former President Donald Trump’s home in Mar-a-Lago, Florida. The Department of Justice (DOJ) has been investigating Trump over allegations he illegally removed government documents from the White House when he left in January 2021. Federal law requires outgoing administrations to turn over presidential records, gifts, and more to the National Archives and Records Administration.

On Friday, November 18, US Attorney General Merrick Garland appointed Jack Smith to oversee the DOJ’s criminal investigations into the former president. The appointment isn’t without controversy as Smith is a previous US prosecutor with a troubling past.

Special Counsel Has a Disturbing History

Garland has tasked Smith with looking into the former president’s potential mishandling of classified documents and presidential records stored at the Mar-a-Lago home. The special counsel will also look into whether or not Trump unlawfully interfered with the peaceful transfer of power after the 2020 presidential election or the certification of the Electoral College results on January 6, 2021.

On Tuesday, November 15, Trump announced he was running for the White House for a third time. Garland cited the Republican’s candidacy and President Joe Biden’s intention to run for re-election as the chief reason for Smith’s appointment. He stated it was in the public’s best interest to appoint the special counsel and that it demonstrated the DOJ’s commitment to independence and accountability and being guided “only by the facts and the law.”

Still, some may question that assertion.

Smith has a negative background when it comes to Conservatives. As the past chief of the DOJ public integrity section, he was involved in one of the most consequential modern scandals involving the IRS. In 2014, the House Oversight Committee determined that in 2010, he set up a meeting with IRS official Lois Lerner to figure out how to aggressively enforce regulations prohibiting non-profit groups from taking part in political activities. In 2017, the DOJ settled a lawsuit, admitted it was wrong to screen applications of conservative groups, and offered a “sincere apology.”

That’s not all… in 2016, the US Supreme Court (SCOTUS) unanimously reversed the 2014 conviction of the 2014 case against the Virginia Republican Gov. Bob McDonnell. The justices concluded Smith’s team used an unconstitutional definition of public acts to influence the jury and that the prosecution went beyond the limited definition of bribery statutes.

Soon after Garland made the announcement, the former commander-in-chief criticized the decision as “appalling” and a “horrendous abuse of power.” He added the move was rigged and referred to Smith as a “radical Left special counsel.”

Trump added that the Biden administration wanted to hurt his movement and especially himself. He encouraged attendees to be strong and fight against them.

So, do you think Smith will be impartial and fair?