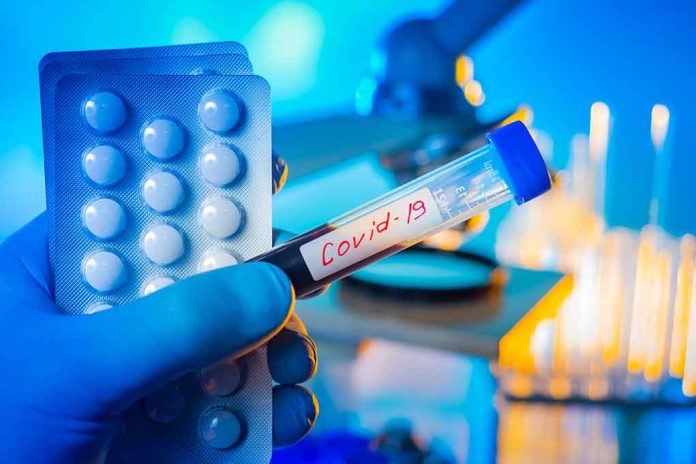 (RightWing.org) – It appears that reverse discrimination is encouraged and practiced in Democratic-led cities. New York just happens to be one that recently got caught doing the potentially unconstitutional practice. It’s a growing problem as elected and public officials focus on race as a means test instead of focusing on need.

Staten Island led the New York City area in COVID positive test rates in late December, 2021. It’s largely white and middle-class, and the area has been targeted for strict enforcement of mask and vaccine mandates. Yet, the community is discriminated against in formal policy regarding COVID testing and treatments by both the state and the city Department of Health and Mental Hygiene. It’s leading to questions about discrimination against white people.

If you’re white and need a COVID treatment that’s in short supply, you could be out of luck. According to a memo from the New York Department of Health, non-white and Hispanic/Latino ethnicity is a risk factor due to systemic health and social inequities, leading to an increase in severe illness and death from COVID-19.

The official guidance from New York City says race is a factor in determining who gets monoclonal antibodies and oral antivirals like Paxlovid and Molnupiravir. It’s leading many to question who authorized the discriminatory policy at the state and local levels. Are the governor, state attorney general, and mayor aware, or did they put their approval on the discrimination? As Staten Island shows, the virus doesn’t discriminate based on skin color, gender, or sexual orientation.

Recently, a pharmacist asked a Staten Island doctor who put in a prescription for Paxlovid to release the patient’s race before authorizing the release of the drug. In 30 years of practice, the doctor said he has never been asked about race as a condition for a prescription.

Don’t confuse equality with equity, as they’re not the same thing. The first seeks to make things just that — fair and equal. The second aims to give one group a benefit the other doesn’t have — that’s called reverse discrimination.

In 2021, three federal courts ruled the federal government violated the US Constitution when it distributed COVID relief funds based on race and gender. In early May, the government processed and funded requests only from women, veterans, or socially and economically disadvantaged individuals. If you were a white male business owner, the court ruled you were discriminated against illegally by the government.

Unfortunately, that wasn’t all that the Biden administration did to discriminate against white people. Two federal courts issued injunctions for white restaurant owners and a third when the government intentionally excluded white farmers from government relief programs.

So, how is the New York City situation different?

It’s not, and voters should make it clear at the ballot box to those who supposedly represent them. It may be a different tool — drugs instead of money — but it’s the same principle.

What’s interesting about this crisis is it’s in a liberal Democratic city and state. It appears that reverse discrimination is okay under the law in New York. They brazenly no longer seem to uphold one standard for everyone.

Stay tuned. We’ve likely not heard the end of this crisis.